Marilyn Manson‘s New York City concert ended abruptly Saturday night after a stage prop collapsed on top of him, causing him to be brought to a hospital for his injuries.

The 48-year-old rocker was performing a cover of the Eurythmics’ “Sweet Dreams (Are Made of This)” about 45 minutes into his Hammerstein Ballroom show when he began to climb a structure displaying two giant gun props, Variety reports. The podium began to wobble, then Manson fell backwards with the prop coming down on top of him.

The house and stage lights went off for several minutes. They then came back on with an announcer saying the show was over “due to injury.”

The singer’s representative told Variety, “Manson suffered an injury towards the end of an incredible NYC show. He is being treated at a local hospital.” The extent of the injuries is unknown.

A representative for Manson did not immediately respond to PEOPLE’s request for further comment.

Eyewitness Anthony Biscardi told the BBC that Manson was covered by a black sheet before he could be taken off stage on a stretcher, adding that the performer was “pretty limp, almost as though he was unconscious.”

At his Friday night show in Pittsburgh, Manson reportedly tumbled off the stage during his concert. He told the crowd he broke his ankle before calling his tour manager a “fascist,” according to Loudwire.

Manson was three dates into his The Heaven Upside Down Tour in support of his 10th studio album, which is due to be released this Friday. He was scheduled to perform in Boston on Monday night.

It was not immediately clear if any of Manson’s concert dates will be postponed due to the incident. 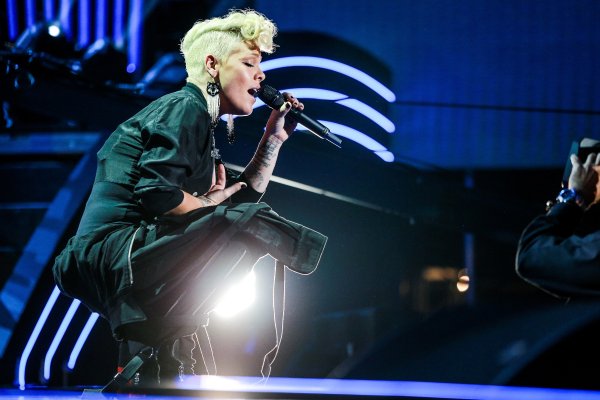