In two tweets, Trump implied the U.S. should stop trying to talk to North Korea and instead look into other ways in dealing with the reclusive nation’s escalating nuclear threats.

“I told Rex Tillerson, our wonderful Secretary of State, that he is wasting his time trying to negotiate with Little Rocket Man,” Trump tweeted. “Save your energy Rex, we’ll do what has to be done!”

Trump’s remarks come after Tillerson told reporters the U.S. is attempting to “calm things down” with North Korea following multiple heated exchanges between Trump and Un that involved name-calling and threats. Tillerson on Saturday said the U.S. has open lines of communication to Un’s regime. 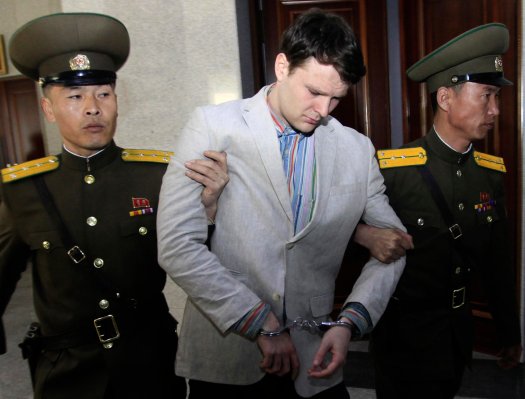 North Korea Says the U.S. Is Lying About Otto Warmbier's Death. Here's What We Know
Next Up: Editor's Pick