San Juan Mayor Carmen Yulín Cruz seemed to make a response to President Donald Trump’s Hurricane Maria criticism on Twitter Saturday by focusing on the work that needs to be done in Puerto Rico.

“The goal is one: saving lives. This is the time to show our ‘true colors’. We cannot be distracted by anything else,” Cruz tweeted in English and Spanish.

Her comment came about half an hour after Trump, in a series of tweets, slammed her and other Puerto Rican officials’ leadership ability and said she starting acting “nasty” toward him after Democrats told her to.

“The Mayor of San Juan, who was very complimentary only a few days ago, has now been told by the Democrats that you must be nasty to Trump,” Trump tweeted.

Read More: The San Juan Mayor Asked for More Aid for Puerto Rico. Here’s How You Can Help

After saying Cruz and “others in Puerto Rico” have “such poor leadership ability,” he added that “they want everything to be done for them.” He also said 10,000 federal workers are in Puerto Rico.

Later in the day, President Donald Trump did an about-face when he praised other officials in Puerto Rico, adding on Twitter: “Do not believe the fake news.” 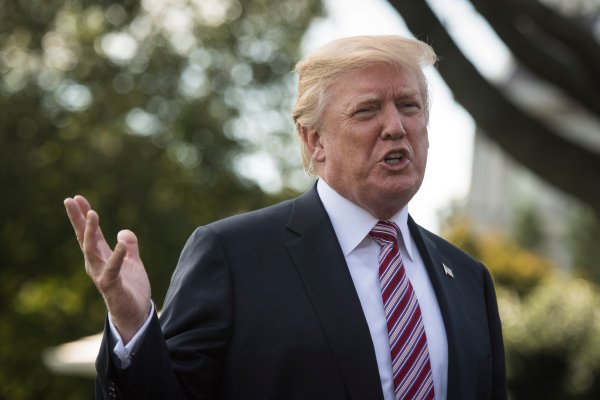 Donald Trump: Puerto Rico Wants 'Everything to Be Done for Them’
Next Up: Editor's Pick