Country singer Meghan Linsey of The Voice and Can You Duet fame took a knee after performing the national anthem at a Sunday NFL game between the Tennessee Titans and Seattle Seahawks. Then she got death threats.

Linsey said she anticipated backlash in an interview with the Tennessean. There is a lot of controversy surrounding the act meant to protest police brutality, which was popularized by quarterback Colin Kaepernick. The furor only escalated after President Donald Trump criticized players and the league last week. But she did not expect the threats to be so hateful — like letters wishing that she would get cancer.

“I’ve been waking up with anxiety a lot and it’s hard to eat food and sleep, but other than that, I’m good,” Linsey told the paper Thursday. “I feel like I did the right thing. I don’t have any regrets.

“It wasn’t a matter of standing against our flag or our military,” she continued. “I was standing up for a cause that I believe in. I think that’s a testament of where we are as a country, that it can be so divisive and so volatile. We’re starting to see that more and more since the election. I just haven’t had it directed at me.”

Linsey, the runner-up on the eighth season of The Voice and former member of country duo Steel Magnolia, took solace in the fact that others reached out to her with messages of support. Despite country music being a genre that tends to have more politically conservative listeners, she believes that many in the country community share her beliefs.

“I know it’s hard and scary, but at the same time there’s a real problem in this country with social injustice and racism,” she said. “I think it’s going to take an army of people that are white and privileged to step up and say, ‘No, this is a real thing’ in order for change to happen.” 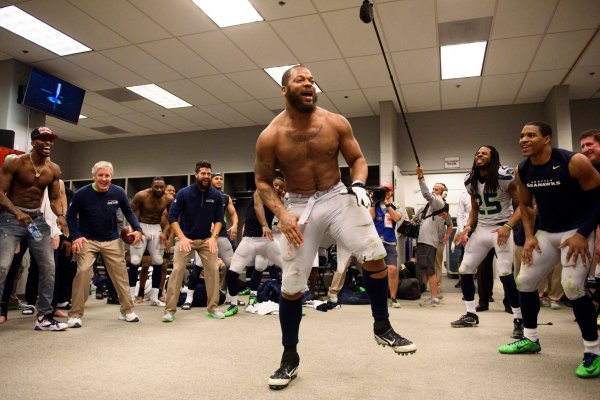 An Image of an NFL Player Burning the U.S. Flag Is Circulating on Social Media — It's Fake
Next Up: Editor's Pick