How to Get States to Reduce Crime and Incarceration At Once

Shelton is Director to the NAACP’s Washington Bureau and Senior Vice President for Policy and Advocacy; Eisen is senior counsel at the Brennan Center.

The early 1990s were a turbulent time for many cities and towns in America. The national violent crime rate had been steadily ticking up, increasing 40% from 1984 to 1992, as the murder rate climbed 20% between 1984 and 1993, disproportionately impacting communities of color. Congress reacted by passing the 1994 Violent Crime Control and Law Enforcement Act, better known as the “1994 Crime Bill,” which restructured federal grant funding. It inspired states to build more prisons.

The number of people behind bars increased by almost 50% between then and now, from 1.5 million to 2.2 million people. African Americans bared the brunt of that tremendous growth, making up 13% of the U.S. population but 37% of the nation’s prisoners. Meanwhile, crime rates are down. Budgets are tight. Prisons are overcrowded with inmates who are serving time for non-violent crimes. And we are beholden to an often-unjust justice system built on policies past, which highlights and exacerbates racial inequality in America’s criminal justice system. In short, we are paying dearly to waste human lives.

But a new bill introduced Wednesday by Rep. Tony Cárdenas of California aims to reverse that decades-long trend. The Reverse Mass Incarceration Act, which Senators Cory Booker and Richard Blumenthal introduced this summer in the Senate, sends federal funds to states that reduce crime and incarceration together. It is the only solution proposed on Capitol Hill that would help reign in state prison populations (where 87% of the country’s prison population is housed), while reducing vast racial disparities in the system and ensuring hard-earned public safety gains over the past quarter-century are not lost. Senator Blumenthal said on Wednesday, “the federal government can encourage more enlightened and effective action” at the state level with this bill.

For decades, through both the 1994 Crime Bill and other programs, the federal government has sent out grants to states and cities on autopilot to fight the “war on drugs” and to aid other anti-crime, public-safety initiatives. States and cities often seek these additional “bonus” dollars and are willing to modify policy to get them. It’s one reason why almost all the funds ultimately allocated by Congress from the 1994 bill were used by states to build more prisons and lengthen prison sentences.

This new measure is designed to redirect that flow of funding — to upend that incentive. It would authorize $20 billion in incentive funds over 10 years to states that cut their prison population by 7% every three years and keep crime near record lows, or even lower. This can be done either by creating a new grant — or by directing current funds — to support state activities proven to reduce crime and incarceration at once. Lately, some states are already on a path to do this; the bill will encourage and could speed up further progress, promising federal dollars for successful and reform-oriented changes in policy.

But federal sentencing reform alone will not eliminate mass incarceration. The federal government must work with states to drastically cut the number of prisoners behind bars. Under this new act, states would be free to choose their best path to achieving these common goals, building on local expertise rather than just a federal mandate. If fully applied, this would result in a 20% reduction in the prison population nationwide in a decade, a result of local expertise at the state level. Certainly, Republicans and Democrats should be able to get on board with a program that improves public safety while reducing our expensive and inefficient incarceration system.

Not only is this possible, it’s played out across the country. In the last 10 years, 27 states have reduced incarceration and crime together. It’s a politically and geographically diverse group. They include states in the Northeast (New York and New Jersey), the West (California and Colorado) and the South (Mississippi, South Carolina and Texas). Texas alone has closed eight prisons in just six years, while crime rates remain at historic lows. Similarly, under Governor Andrew Cuomo and due to a reduction in the state’s prison population, New York has closed 13 state prisons.

To be sure, local and state reform is key to making a dent in America’s prison population. But this bill would set a tone from the top and directly help states continue already successful efforts. It would dramatically reduce prison populations, lessen the justice system’s disproportionate impact on communities of color and maintain hard-won declines in crime over the last 20 years. Passing this bill would send a message from the federal government that our society is capable of responding to crime in a way that is not only effective, but also humane. 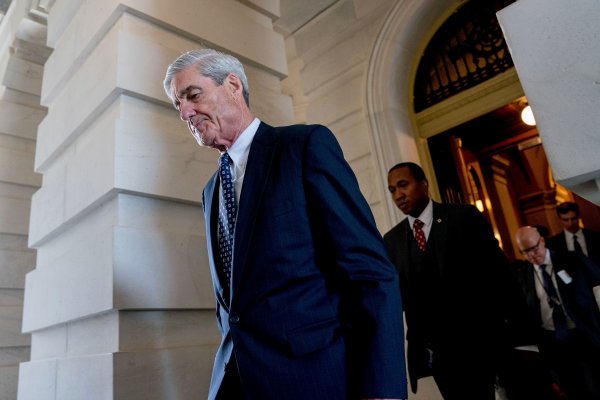