President Trump has urged football fans to boycott NFL games because of the recent player protests — but so far, ticket sellers have not seen an impact, according to SeatGeek.

The site, which aggregates secondary ticket sales, or tickets that are resold closer to game time, said this week’s sales are consistent with previous weeks.

“We are seeing a similar number of transactions to what we saw in week 2 and week 3,” SeatGeek representative Chris Leyden said in an email to TIME. “From our perspective, there either hasn’t been an impact, or the impact has been equal (fans boycotting vs. fans supporting).”

Leyden says the secondary ticket market is a better indicator of the effect on demand than the original point of sale, because the prices move in real time. “This is especially true for the NFL, where many of the tickets on the primary market are sold well before the game takes place through season ticket holders,” Leyden said.

Online ticket sellers Ticktmaster and Stubhub did not respond to requests for data.

Trump went on the attack earlier this month against NFL players who have taken a knee during the national anthem to draw attention to issues of racial inequality in America.

Overall football ratings are down this season compared to last year, according to Nielsen. But many blame Hurricane Irma and streaming competition — not the protests. That’s backed by last week’s ratings following the controversy, up 3 percent compared to the same week last year, even as some viewers complained about the protests and received refunds from DirecTV. 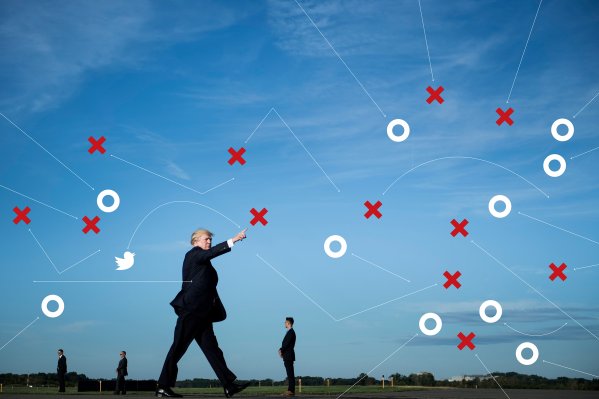 Inside Donald Trump’s Latest Battle Against the NFL
Next Up: Editor's Pick