Lynda Carter, who played Wonder Woman on television in the 1970s, has criticized James Cameron for “dissing” the iconic character.

Cameron sparked a backlash when he described Gal Gadot, the star of the 2017 movie Wonder Woman, as “absolutely drop-dead gorgeous” and added “to me, that’s not breaking ground” in a recent interview with the Hollywood Reporter.

The Oscar-winning director of Titanic had said in a previous Guardian interview that the Patty Jenkins blockbuster was just “male Hollywood doing the same old thing” and described the “self-congratulatory back-patting Hollywood’s been doing over Wonder Woman” as “misguided.” In the Hollywood Reporter interview, he said he stood by his controversial comments made to the Guardian.

Carter responded to Cameron’s latest comments via a Facebook post, in which she called on him to “STOP dissing” the movie. “Perhaps you do not understand the character,” she added. “I most certainly do. Like all women, we are more than the sum of our parts. Your thuggish jabs at a brilliant director, Patty Jenkins, are ill advised. This movie was spot on.”

The heated post has been shared more than a thousand times and the majority of comments are hugely supportive of Carter’s message. “There’s more than one style of female action hero. Wonder Woman, Sarah Connor, Ellen Ripley, they’re all cool. No need for him to play them off against each other,” wrote one Facebook user, while another accused Cameron of “mansplaining” the movie. 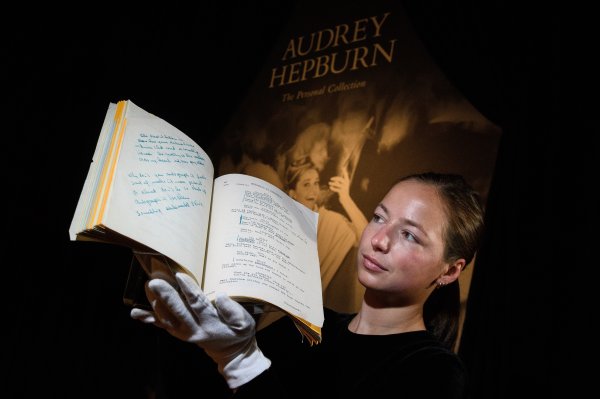 'Breakfast at Tiffany's' Script Bought for Nearly $1 Million
Next Up: Editor's Pick