Joe Biden Sends a Message of Support to Julia Louis-Dreyfus: ‘We Veeps Stick Together’

Joe Biden is proving that the bond between Veeps is as strong as ever.

The former Vice President, 74, showed his support for actress Julia Louis-Dreyfus after she announced her breast cancer diagnosis on Thursday.

“We Veeps stick together. Jill and I, and all of the Bidens, are with you, Julia,” Biden tweeted along with a photo from the pair’s popular White House Correspondents’ Dinner 2014 clip.

Louis-Dreyfus, 56, responded: “@JoeBiden yes we do. Love back to all of you.”

Biden used the same image back in August 2014 when he congratulated the Veep star on her third consecutive outstanding lead actress in a comedy series at the Emmy Awards.

The topic of cancer hits close to home for Biden, who lost his eldest son Beau Biden to died of brain cancer in May 2015, nearly two years after he was diagnosed in August 2013. He was 46.

At the Milken Institute Global Conference in May, Biden said his cancer “moonshot” initiative would be working with world leaders to promote global collaboration on cancer research.

On Thursday, Louis-Dreyfus announced her cancer diagnosis through social media.

“1 in 8 women get breast cancer. Today, I’m the one,” she wrote. “The good news is that I have the most glorious group of supportive and caring friends, and fantastic insurance through my union. The bad news is that not all women are so lucky, so let’s fight all cancers and make universal health care a reality.”

Louis-Dreyfus didn’t provide any further details about her diagnosis. Her rep told PEOPLE in a statement, “Julia is incredibly grateful for the outpouring of support and well wishes.”

Earlier this month the Veep star won her sixth consecutive Emmy, setting the record for most wins for a performance in the same role for the same series. HBO told PEOPLE in a statement that Louis-Dreyfus learned she had breast cancer just one day after the awards, and noted that the production schedule on Veep will be adjusted as needed.

“Our love and support go out to Julia and her family at this time,” HBO said in the statement. “We have every confidence she will get through this with her usual tenacity and undaunted spirit, and look forward to her return to health and to HBO for the final season of Veep.” 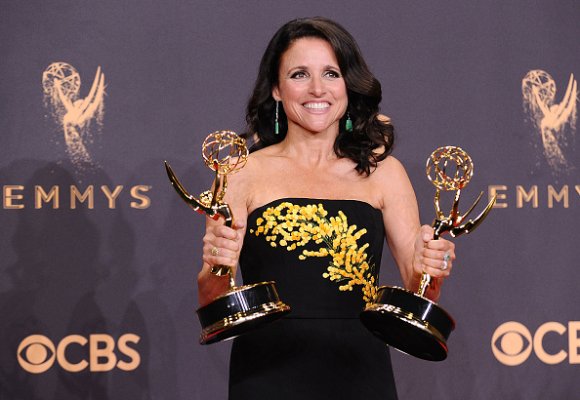 'We Love This Woman': Celebrities React to Julia Louis-Dreyfus' Cancer Diagnosis
Next Up: Editor's Pick