What to Do When Your Kid Tells Lies

The most difficult case of lying we ever dealt with at Yale Parenting Center was an 8-year old girl. The girl had been “trained to lie” (in her mom’s words) so that when people called or came to the front door the child said the mom was unwell. The mom had an alcohol problem at this time and was usually drinking and in bed. Also, the mom taught her daughter to make up requests to distract salespeople in department stores so the mom could steal things. Of course, this also meant the child would lie all the time, including to her mother. We were largely able to eliminate the problematic lying but that required helping her mother reduce her own lying as well.

Getting your children to stop lying even in normal circumstances is challenging in part because there are many influences in their lives (including TV, movies, video and other games and some great books) where lies and deception are shown as examples. Most parents add to that influence with falsehoods of various forms, whether about the lives and activities of Santa Claus or the Tooth Fairy or as part of an effort to comfort or allay fears, (“This will not hurt!”) And even more influentially, parents demonstrate lying often in comments about dealing with others, social commitments, and obligations or even income taxes.

The greatest challenge is not so much with these influences but with our routine response to the child who is lying. The two most common reactions are explaining and reasoning with the child, and punishment. As ways of changing behavior, explaining, reasoning, and punishment are not very effective. Explaining to children is wonderful for all sorts of reasons, such as teaching reasonableness, parent-modeling of how to handle something calmly, and developing reasoning and thinking skills. Yet it is one of the weakest ways to change human behavior.

So what can we do?

The best way to eliminate or reduce lying is to get children into the habit of telling the truth and having more modeling instances in which truth telling is exemplified. Remember, most children do not need this, so what is recommended here are two tools that have support in research that you can use if needed. The key concept is practice and building a habit.

Praise Telling the Truth: This can be accomplished in many ways. You could ask your sometimes untruthful child to say something that happened at school today that is true. It is not too critical what that is—it is practice and repeated practice— and that will carry over to other situations.

When your child plays along and tells you about his day, you should praise him enthusiastically. Be specific; something along the lines of “That was great! You told me what happened today just like I asked. Wow!” and lean over and give your child an affectionate touch such as a hug or an approving high five.

Even if you are not intentionally practicing, chances are your child will say something true and confide in you. Praise that behavior when it occurs. You do not have to praise your child every time he says something factual. Aim for one or two times a day if possible.

If you happen to “catch” your child in a lie, be matter-of-fact in your reaction (good luck!), say something like, “That is not true and could get you in trouble outside of the home; remember it is better to say the truth.” You do not need heavy discipline tactics to reduce undesired behaviors. Consider your comment as a very mild form of punishment—but your vocal tone should be matter-of-fact. You are expressing mild disapproval. This will help YOU because you will feel you really cannot let lying go. Remember, mild punishment is not less effective than severe punishment and neither is likely to work at all without praise of its positive opposite, i.e. telling the truth.

Model Telling the Truth: Modeling means you as a parent explicitly tell the truth about something. This could be something that happened when you were a child or something that happened during the day. You can just say, “Let me tell you something that really happened today.” This need not be an emotionally loaded topic or a situation where you were about to commit a major crime but decided against it. Anything that is true is fine. We want to model instances of truth telling— the more instances of modeling, the better. Another option would be to have a game at the beginning or end of dinner. Each person at the table tells one thing that was true that day. Give a little praise to the child who normally lies if she does that. The nice feature of the game is that it includes both modeling (of people at the table) and praise for telling the truth.

We have applied these and related techniques to handle children and adolescents who have lied a little or in the extreme. In one case, a 7-year old child stole money from his parents and denied this endlessly; they knew because the money was in his top dresser drawer all the time. In another instance, an 11-year-old boy lied about his homework: whether he had any, whether he already turned it in, and whether he got into trouble at school. Calls from the teacher eventually brought all of this to light. We developed a point program where we rewarded statements about homework that agreed with what the teacher said (in emails or text messages to the mom at least twice per week) as well as turning in part of the assignment, just as a place to start. These were praised by the parent and sometimes by the teacher too. Eventually both lying and homework completion were addressed.

In summary, deemphasize punishment. It is not likely to change behavior or develop the behaviors you want. That does not mean ignoring lying or letting it go. Rather, use very mild punishment (light reprimand, brief loss of privilege, a brief period in time-out). More severe, harsh, or enduring punishments (shouting, taking away something for a week, hitting) are not more effective in actually changing the frequency of lying.

Remember the key task is practicing truth telling. You will be tempted to moralize, “See how easy it is to tell the truth, you really shouldn’t lie anymore!” Resist this impulse—it will not have much impact.

Try the procedures for two to three weeks and see where you are. Usually the techniques can be dropped by then and lying is no longer a special problem. It is not likely that lying will be completely eliminated, because of the many instances of deceit that children see in and out of the home and in the media. But with the right encouragement, lying can be dramatically lessened.

Alan Kazdin is Sterling Professor of Psychology and Child Psychiatry at Yale University and director of the Yale Parenting Center. He is a former President of the American Psychological Association. The information in this essay is adapted his Coursera course “Everyday Parenting: The ABCs of Child Rearing.” 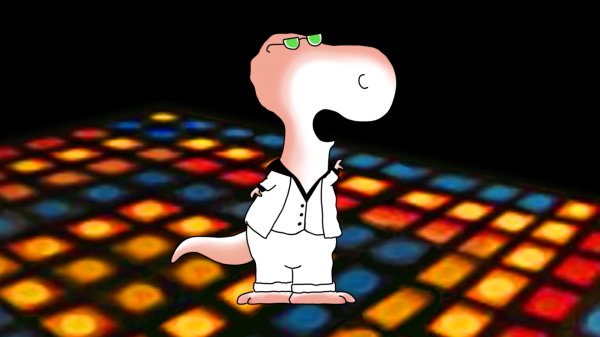 Why Kids Love Being Scared, According to a Famous Children's Author
Next Up: Editor's Pick