In its new term beginning October 2, the Supreme Court will consider many pressing questions. Can a baker refuse to make a cake for a gay wedding? Can states redraw districts to help a political party? And, does Justice Neil Gorsuch talk too much?

Gorsuch has proven himself to be a forceful and dynamic presence on the bench, a jurist who cements the Court’s conservative tilt, infuriates liberals—not least because of the circumstances by which he got there—and breaks custom with his uncommon assertiveness. Considering Gorsuch in his robes is to grapple with what legacy President Trump will leave on the highest court, and he is inciting unusually strong reactions from both Republicans who love what they see, and Democrats who hate it.

That’s rare for a freshman justice. By the Court’s unwritten rules, new members are often seen more they are heard. “I think he has ruffled some feathers on the Court,” Garrett Epps, a professor at University of Baltimore School of Law, says of the newest justice.

In his first month, Gorsuch wrote as many separate opinions as Justice Elena Kagan, the last justice to join the Court, wrote in her first two terms. In one, a 7-2 decision about statutory interpretation in which he and Justice Clarence Thomas were the only dissenters, Gorsuch’s pointed writing style was on full display. “If a statute needs repair, there’s a constitutionally prescribed way to do it,” he chided. “It’s called legislation.”

In a religious liberty case, Gorsuch took on conservative Chief Justice John Roberts, who wrote the majority opinion. In his concurrence, which argues for a broader reading of religious liberty, Gorsuch wrote that, “respectfully, [he] harbor[s] doubts” about an aspect of the chief’s opinion.

“He has not been shy,” says John Malcolm, vice president for the Institute for Constitutional Government at the conservative Heritage Foundation. “Sometimes you might expect a new justice to sit back for a while before wading in on significant issues, certainly in writing dissents and concurrences,” Malcolm adds. “But [Gorsuch] has shown none of that. He’s acting as if he’s been sitting on the high court for years.”

Gorsuch is drawing criticism off the bench as well. Some court-watchers on the Left have complained about his appearances outside the stately halls of the Supreme Court. In September, the justice appeared with Senate Majority Leader Mitch McConnell at an event in Kentucky, McConnell’s home state. The following week, Gorsuch gave a speech at the Trump International Hotel in Washington, D.C., the symbolic focal point of the president’s business entanglements. Progressive activists held a protest outside the hotel during his remarks.

Justices often give speeches to liberal or conservative groups, but Democrats are upset by the optics of Gorsuch’s recent appearances. “Generally, Supreme Court justices, whether appointed by Democrats or Republicans, do their best to avoid any outward support for an administration,” says Nan Aron, president of liberal judicial advocacy group Alliance for Justice, who argues Gorsuch has “erased any possibility that he is anything other than a partisan.”

The vastly different reviews on the new justice from conservative and liberal groups are evidence of the nasty political battle that led to him taking the seat in the first place. Gorsuch, who spent a decade as a judge on the Tenth Circuit in Colorado, occupies a spot on the court that sat vacant for more than a year after Justice Antonin Scalia died in February 2016. President Barack Obama nominated moderate liberal Judge Merrick Garland to fill the seat. But instead of confirming a nominee during Obama’s final year in office, congressional Republicans refused to consider the nomination, stalling the process until Trump was inaugurated, and then quickly confirming Gorsuch over cries from Democrats.

“He takes the seat under a cloud for a lot of people,” says Epps. “Not because they personally dislike him, but because of the circumstances under which he got it.”

At just 50 years old, Gorsuch looks poised to cement a conservative majority on the Court for a generation. More immediately, he’ll affect the outcome of many of the significant cases the Court will hear this term.

Gorsuch, whose judicial philosophy revolves around interpreting the text of the law as written, has already signaled that he’s sympathetic to religious liberty claims, which could put him on the side of the baker who refused to make a cake for a gay wedding in the case Masterpiece Cakeshop, Ltd. v. Colorado Civil Rights Commission. And he recently was a deciding vote blocking a Texas court’s ruling that new districts drawn by the state legislature had to be redone, which may provide a clue to his thinking on the partisan gerrymandering case Gill v. Whitford, which will be argued before the court on Oct 3.

So far, Gorsuch has proven to be most in the mold of Justice Thomas, agreeing with the conservative stalwart in each of the 15 cases he heard last term. That plants Gorsuch firmly to the right of his old boss, swing vote Justice Anthony Kennedy, for whom he clerked in the 1990s. Gorsuch has sided with Kennedy 73% of the time, according to FiveThirtyEight.

But while he has made a bold entrance to his new job, Gorsuch’s style on the bench may simply make him a natural heir to the voluble jurist he replaced. “From the get-go, Justice Scalia changed the tenor of the court dramatically because he was such an avid question–asker,” says Carrie Severino, chief counsel and policy director of the conservative Judicial Crisis Network. “I know that some justices viewed that a little askance, like where’s this little upstart coming from?”

“That doesn’t make [Gorsuch] unique,” she continues. “I think that’s always how the old guard reacts.” 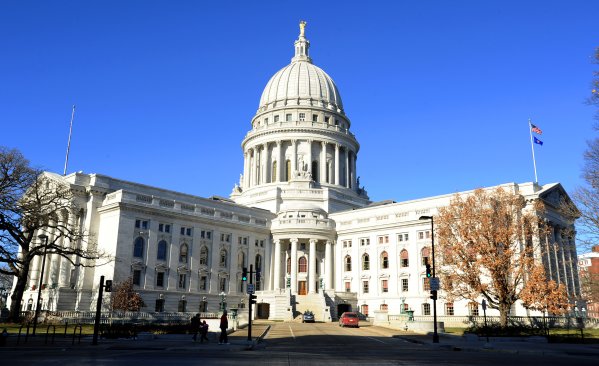 Can Computers Fix Gerrymandering?
Next Up: Editor's Pick