10 Theories About Jack's Mysterious Death on This Is Us

This post contains spoilers for Season 2, Episode 1 of This Is Us

This Is Us fans tuned into NBC in record numbers on Tuesday for the show’s second season premiere in hopes of finding out how family patriarch Jack Pearson (Milo Ventimiglia) died. Showrunner Dan Fogelman had promised that the first episode would offer a major piece of the puzzle, and indeed it did: In the final moments of the episode we see Rebecca (Mandy Moore) driving home with Jack’s possessions in a bag. The registration sticker on her car tells us it’s 1998, which means the triplets 17. She reaches their house and stares at its burnt remains before breaking down in tears.

So did Jack die in a fire? Maybe. The show loves a red herring. Last season, Kate (Chrissy Metz) told Toby (Chris Sullivan) that Jack’s death was her fault. The audience then assumed that Kate’s plea to her father prompted Jack to drive drunk to Rebecca’s gig, crashing his car in the process. But we now know Jack survived that drive.

Perhaps the Pearson house burning down is another red herring. Jack certainly seems to have died in that final scene — why else would Rebecca be carrying his possessions? — but whether the fire was the direct cause is unclear. Here are a few This Is Us fan theories about how Jack met his end based on these new clues.

Jack’s drinking led to the fire

The easiest explanation for the fire would be something to do with Jack’s drinking: Perhaps he fell asleep while the stove was on.

But this theory is unlikely. Things are rarely straightforward on This Is Us, so the most logical theory is probably the wrong one. Rebecca and the kids still seem to think highly of Jack — in this episode Rebecca said he was the closest thing to a perfect husband that anyone can be. They probably wouldn’t speak so well of him if he was responsible for the fire.

Something in Kate’s room caused the fire

In the last seconds of the episode, the firefighter points to the upper right hand corner of the burned house. Was he possibly pointing to the origin of the fire? Kate has said that she feels responsibility for her father’s death, so maybe he’s pointing to Kate’s room.

When Kate and Randall (Sterling K. Brown) are crying at Miguel’s (Jon Huertas) house, Kate is clutching a dog. During the first season, Jack suggests that the family get a dog after Rebecca shoots down his bid to have more kids.

Kate told Toby that she believes her father’s death is her fault. Maybe the entire family was watching the Steelers game (hence Rebecca’s jersey) when the fire started. The family made it out safely, but the dog was still stuck in the house. Kate freaked out, and Jack heroically re-enters the house in order to save the dog, and dies in the process. This could explain why Kate thinks it’s important to watch every Steelers game with her dad’s ashes.

When Randall hallucinated last season, he imagined his father, Jack, doing construction on their cabin. Why would Jack doing construction be such a potent memory for Randall? Perhaps Jack caused the fire in the course of trying to renovate the Pearson family home.

The washing machine caused the fire

Last year, Rebecca remembered the many good and bad times associated with their pesky washing machine. Perhaps that scene was meant to foreshadow the fact that the washing machine would eventually cause a fire in the home, killing her husband.

Jack didn’t die in the fire at all

At the end of the episode, we see Kevin with his leg in a cast. (Presumably he broke it in a football game.) But in the funeral scene from last season, Kevin did not appear to be on crutches or have a cast on. There are a few explanations for this: Kevin got the brace off immediately after Jack’s death; Jack’s funeral was delayed for some reason; or Jack did not die in the fire at all. The burned house could be a red herring.

Kate saying, “I have to tell Kevin” to Randall could be yet another red herring: Earlier in the episode Kevin tells Toby that Kate broke the news to him about their father’s death. But perhaps the scene we see is Kate preparing to tell Kevin about the fire, not about their dad’s death.

Jack died the night of the fire, but not actually in the fire

None of Jack’s possessions — his watch, his ring, his notebook — that Rebecca carries in a plastic bag in the car show signs of burning. Maybe Jack did die that night, but he wasn’t at the house when the fire started. Maybe he died of something related to his alcoholism, hence the parallel between Rebecca driving Jack home after he admits he’s a drunk and Rebecca driving Jack’s possessions home in the next scene.

Maybe Jack was injured in the fire and was taken to the hospital, where he later died of complications due to smoke inhalation or something similar. That might also explain Kevin’s behavior: Maybe he jumped out a window (the upper right hand window looks shattered rather than blown out) to escape the fire and broke his leg. Maybe since it’s been days or weeks since the fire, he feels comfortable sneaking out for a makeout session with his girlfriend, instead of waiting to hear of news about their father with his family.

Miguel made it out of the fire and Jack didn’t

Perhaps the reason the kids seem to hate Miguel isn’t just because he wound up with their mother after Jack’s death — though that would be reason enough for the big three — but because he was with Jack inside the house when the fire started. The kids resent him because he made it out alive and Jack didn’t.

The firefighter who found Randall will find Jack, too

This is not so much a death theory as a prediction about future events: Minor characters seem to pop up again and again in his story (like the doctor who delivered Kate and Kevin). It’s therefore possible that the firefighter who found Randall and brought him to the hospital when he was a baby will also be the man to find Jack. We got to see a bit of the firefighter’s backstory in the first season when he tried to solve his marital problems by suggesting to his wife that they take in Randall, so maybe we’ll get to see how his marriage turned out. 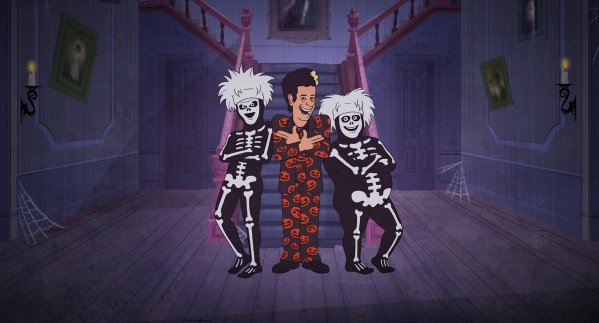 Tom Hanks Will Return as David S. Pumpkins for an Animated Half-Hour SNL Special
Next Up: Editor's Pick