Donald Trump: NFL Owners Are Afraid of Their Players

In his latest commentary on NFL national anthem protests, President Donald Trump said that team owners are “afraid” of the players on their teams.

“I have so many friends that are owners. And they’re in a box. I mean, I’ve spoken to a couple of them. They say, we are in a situation where we have to do something. I think they’re afraid of their players, if you want to know the truth,” Trump said during an interview on Fox & Friends Thursday morning.

Trump doubled down on his comments that protests during the National Anthem disrespect the American flag.

Trump also reiterated his claims that the protests have been driving the NFL’s ratings down. He also added that there should be a rule mandating that players be present and stand for the national anthem. 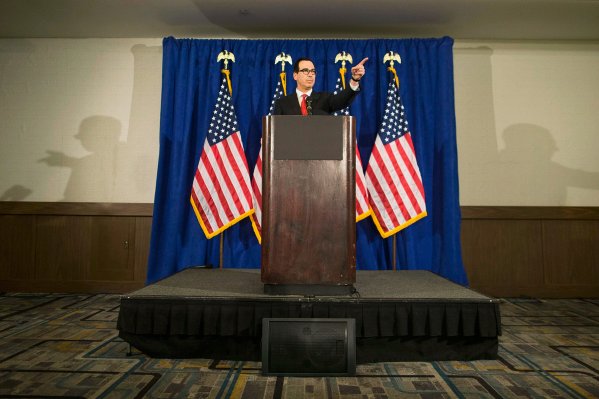 An Unlikely Salesman for the Republican Party's Tax Plan
Next Up: Editor's Pick