Paradise Lost: The Mysterious Case of the Missing Utopian Novels

Illustration by Rebekka Dunlap for TIME
Ideas
By Sarah Begley

In the past 100 years, technology has made our lives easier, safer, healthier and longer. So why does most of our science fiction spell doom and gloom instead of hope and cheer?

Pessimistic fiction has thrived in recent years. Emily St. John Mandel was a National Book Award finalist for 2014’s Station Eleven, about a theater troupe in a postapocalyptic America. And dystopian novels like Lidia Yuknavitch’s The Book of Joan and Omar El Akkad’s American War — not to mention classics like George Orwell’s 1984 and Margaret Atwood’s The Handmaid’s Tale — have recently graced best-seller lists. In August, N.K. Jemisin won her second Hugo Award, for The Obelisk Gate; its level of optimism can be gauged by the name of the series it belongs to, the Broken Earth. One finalist for the prize, Becky Chambers’ space opera A Closed and Common Orbit, did depict an intergalactic society living in relative peace. But the earthlings in the story are very much the negative example, having fled to outer space after destroying their home planet. As yet, we’re still awaiting a standout, literary version of The Jetsons, serene in its technological speculation.

Thomas More coined the word utopia in the book of the same name in 1516. Utopianism peaked 300 years later, according to Chris Jennings, author of Paradise Now: The Story of American Utopianism. “The surge of technology that we call the Industrial Revolution produced this optimism, partly because they just simply hadn’t seen it play out very far,” he says. Edward Bellamy’s Looking Backward (1888), for instance, imagined a future with short workweeks, full retirement at age 45 and instantaneous delivery of goods. As machines arrived that could do the work of 100 people in the same amount of time, it was reasonable to conclude that in the near future, people would labor less and reap more abundance. Yet a century and a half later, we’ve seen a sharp spike in productivity “without a commensurate drop in labor and poverty,” Jennings says. As a result, “we no longer see technology as this magic panacea for the world’s ills.”

In fact, many have come to see it as pernicious. “Technology has made life easier,” Mandel concedes, “but I think it’s also made life more ghostly. There’s a sense of disconnection and distractedness that’s come alongside the incredible benefits that we’ve gained from technology.” Some writers may want to examine those small cracks in human connection by magnifying them to a greater degree, even while hoping that that magnification doesn’t play out in real life. “Through stories, you can come to know loss without having to lose anything and therefore more highly prize what you have,” says Adam Johnson, Pulitzer Prize–winning author of The Orphan Master’s Son. “Still, I bet Dante wondered why the Inferno was the big hit, rather than Paradiso!”

One obvious roadblock to writing good utopian fiction is that perfect societies are, well, perfect — meaning they don’t leave much room for narrative tension. While, as Mandel observes, “if you write a story set in a dystopian setting, there’s kind of automatic, built-in drama.”

One author who has chosen to walk the line between potential positive and negative technological outcomes is Daniel Suarez, a futurist with a following in Silicon Valley. He describes the world of his most recent book, Change Agent, as a near future where widespread black-market genetic editing has created serious problems. “But it is also a world where countless heritable genetic disorders have been cured and where both industry and agriculture are being made environmentally sustainable,” he says. “Is that a dystopia? Is that a utopia? Is it a mixture of both? I think the future will look very much like the present in that there will be both good aspects and bad aspects, and our challenge is to navigate the best path between the two.” 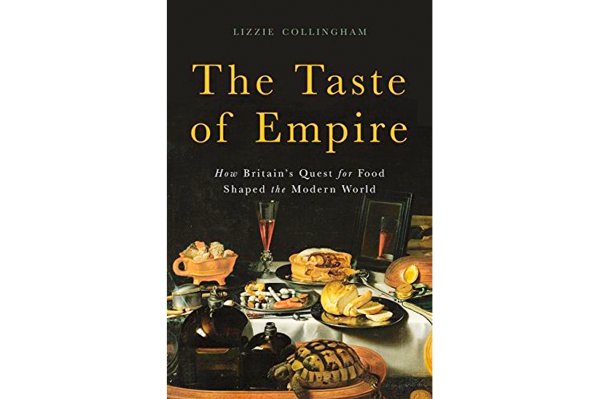 The Birth of Britain's Global Palate
Next Up: Editor's Pick