Sen. Bob Corker is the kind of politician who typically could stay in the Capitol for as long as he wants. A former mayor of Chattanooga and a successful businessman, the Tennessee Republican was reelected in 2012 with 65% of the vote in a reliably red state.

But Corker announced this week that he would not seek a third term in the 2018 midterm elections.

Asked about the retirement Thursday, Arizona Republican Sen. John McCain, his colleague on the Senate Foreign Relations Committee, told a reporter that Corker was “not happy.” Were any other senators unhappy as well? “About 99 that I know,” McCain said.

It was a joke, but there was a kernel of truth in it. The repeated failures to repeal the Affordable Care Act and the upcoming slogs over tax cuts and the status of undocumented people brought to the U.S. as children have made the job of a Republican lawmaker less fun lately.

Add to that the pointed criticism from President Donald Trump, the threat of primary opponents fueled by former White House advisor Steve Bannon, and the historical pattern of the president’s party losing seats in midterm elections, and it’s not surprising that a few moderate GOP lawmakers have already decided to call it quits.

The number of retirements is not abnormally high so far, said Geoffrey Skelley, associate editor of Sabato’s Crystal Ball at University of Virginia Center for Politics, who tracks this data. But Skelley noted that 61% of Congressional retirements from 2004 to 2016 were announced between the November and March preceding an election year, so more announcements are likely to come in the next few months.

“Some pragmatic members I know are mulling over the whole idea of reelection at this moment,” Dent told TIME. “I think there will be more; I’m not saying there will be an avalanche but because of the nature of the 2018 cycle it will be challenging.”

As of Sept. 12, the Democratic Congressional Campaign Committee has 14 potential Republican members of Congress on its retirement watch list, in addition to those who have already announced they won’t seek another term. If the Democrats are correct in their predictions, that would make 20 retirements in the House of Representatives for 2018, which Skelley said is high, though not record-setting.

But, as Dent noted, the majority of those who have retired, or are considering it, fall into what he called the “pragmatic” category, moderate Republicans, who hew more closely to a traditional Republican ideology than the more firebrand conservativism espoused by Alabama Senate candidate Roy Moore, who was backed by Bannon.

Those more moderate members often hail from districts and states that are more purple, meaning at least some of the group chose to retire rather than face what could have been a losing fight. The DCCC had targeted Trott and Reichert’s districts as battlegrounds and potential victory targets as early as January of 2017.

Trott, who has not shied away from criticism of Trump, told TIME part of his decision to retire came from the realization that, with the DCCC targeting his district, his reelection campaign would end up costing as much as $3 million, requiring him to devote a majority of time to fundraising, which he did not find appealing.

“It wasn’t so much the prospect of the tough reelection,” he said. “I think my time would have been better put to use in the private sector.”

But challenges like the one Trott is referring to will only be a problem if Republican incumbents are able to ward off conservative challengers in the primary — which is looming as a possible challenge, particularly for incumbent Senators, after Moore’s upset in Alabama. Corker retired before he had a primary challenger, although Politico reported earlier this month that Bannon was searching for one.

Of the seven Republican Senators up for reelection in 2018, two currently face a primary challenge from a grassroots conservative: Arizona’s Jeff Flake and Nevada’s Dean Heller, neither of whom have retired. And after Moore’s win on Tuesday, Mississippi state lawmaker Chris McDaniel told a local newspaper that challenging incumbent Sen. Roger Wicker in 2018 is looking “more compelling.”

John Weaver, a Republican consultant and adviser to Ohio Governor John Kasich, dismissed the idea that Moore would spark an insurgent flow of candidates into the Senate in 2018, arguing that Moore was a unique candidate who had grassroots support in Alabama. He did note that the Republican Party does not have a cohesive message right now, which can pose a problem in challenging races.

“We don’t have clear principles with our party right now. We don’t have a moral compass,” he said. “And when you don’t know what you stand for you can easily be reactive and be pulled in different directions and ultimately lose elections. That’s what is going on.” 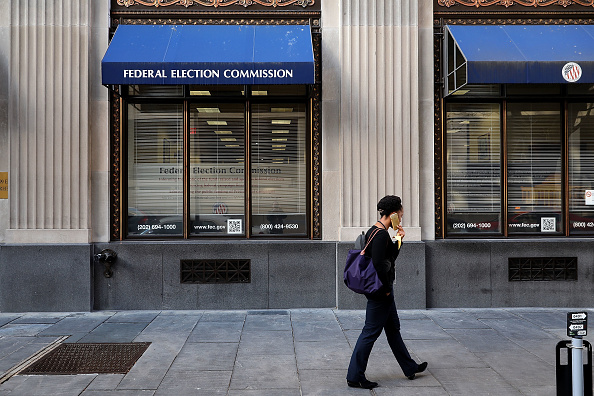 How the Federal Election Commission Could Essentially Shut Down Before 2018
Next Up: Editor's Pick