Former First Lady Michelle Obama said during a conference that women who didn’t vote for former presidential candidate Hillary Clinton “voted against their own voice.”

“Any woman who voted against Hillary Clinton, voted against their own voice. What does it mean for us as women that we look at these two candidates as women, and many of us said, ‘That guy, he’s better for me, his voice is more true to me.’ Well, to me, that just says you don’t like your voice, you like the thing you’re told to like,” Obama said during an Inbound 2017 Conference session hosted by Roxane Gay, CNN reported.

While most women, 54% specifically, according to CNN’s exit polls, voted for Clinton, there was a shift among white women, 52% of which voted for Trump.

Obama came out in support of Clinton during the 2016 election. She also spoke out against then-candidate Donald Trump, especially after the Access Hollywood tape was released. And although Obama is critical of the President, she added that she hopes he is successful.

She said that she knows from experience that “it is very difficult to lead when you have a peanut gallery of people who don’t know what they’re talking about second-guessing what you do,” according to CNN.

Gay later tweeted that speaking with Obama was “one of the greatest honors of my life.” She also added that she found her comments on women who voted for Trump “insightful.” 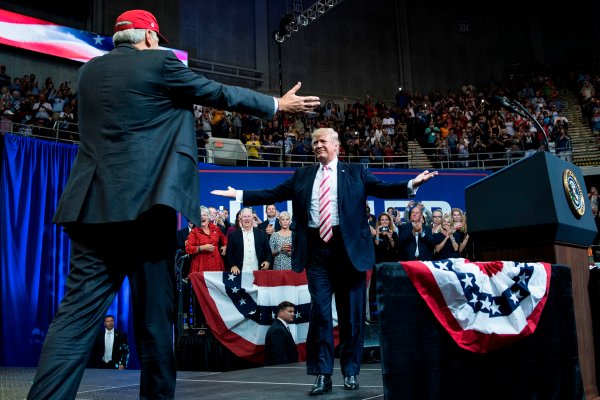