Not so long ago, most travel ideas came from literature and film: On the Road. Out of Africa. The Lord of the Rings, which brought Tolkien tourism to New Zealand. Roman Holiday — and just about every other movie Audrey Hepburn appeared in.

It’s not that people no longer book trips inspired by what they watch and read — after all, Naples and Ischia are trending thanks to Elena Ferrante’s Neapolitan novels, and Game of Thrones has driven viewers to Northern Ireland and Croatia. But since the rise of Instagram, the app and its like have surpassed books and movies and TV and even the globe-trotting exploits of Jay-Z and Beyoncé as a primary source of travel inspiration.

Here’s a roll call of destinations that have enjoyed runs of popularity since Instagram launched: Bhutan, Iceland, the Greek islands (especially Santorini), Myanmar, Cuba, and Portugal. There are political, economic, and cultural explanations for each, but what all have in common is a striking, immediate beauty that anyone with a smartphone camera can capture. As a result, the multiplier effect of social media has raised all of their profiles dramatically.

Perhaps you still remember the first time you saw a shot of Iceland’s pristine Seljalandsfoss waterfall in your feed, or the moment you stopped mid-scroll to gaze at Bhutan’s fabled Taktsang “Tiger’s Nest” monastery, clinging to a cliff high above the Paro Valley. Such images feel as if they’ve been pinched from a fairy tale — but they also convey the idea that you could be in that same fairy tale taking that same picture.

If emerging destinations can be identified by their social media popularity, can photo-sharing trends reveal the next great place to go? We asked our friends at Instagram to run some numbers.

Indonesia, they told us, was the country with the greatest increase in the number of people tagging it during the first half of 2017. At first, we were surprised, but maybe we shouldn’t have been. From the gibbons of the Bornean lowland rain forest and the mystical temples of Bali to the unspoiled beaches of the Nihi Sumba Island resort, the sights of Indonesia are as photogenic as those of any other fashionable vacation spot. Check your feed. Is someone you know there right now? Will you be next?

According to the researchers at Instagram, these were the 10 destinations with the greatest increase in user tags in the first half of 2017. 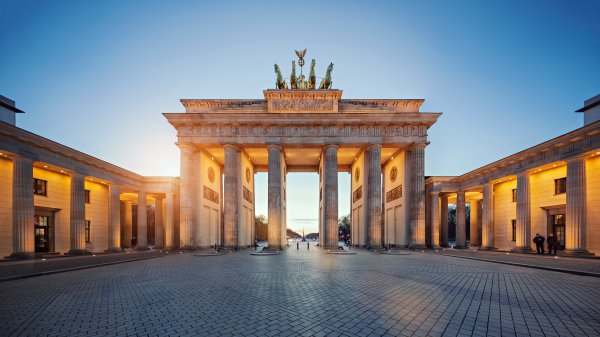 The 30 Most Visited Cities in the World in 2017
Next Up: Editor's Pick