Iraq is teetering on the brink of a political crisis as the country’s northern Kurdish region announced on Wednesday that an overwhelming majority of voters cast ballots in favor of independence from Baghdad.

More than 92 percent voted “yes” in the landmark referendum on Monday in which more than three million votes were cast, according to the electoral commission of the Kurdistan Regional Government in the city of Erbil. The vote gave voice to decades of aspirations for self determination among Kurds, an ethnic group of nearly 30 million people scattered across Iraq, Iran, Turkey and Syria. The president of the semiautonomous Kurdish region, Masoud Barzani, claimed victory in the vote on Tuesday, but the vote has no legal mechanism for implementation and does not automatically trigger secession.

Instead of jump-starting negotiations that would lead to a breakup with Baghdad, the independence vote triggered a standoff. In response to the vote, Iraqi Prime Minister Haider al-Abadi threatened to isolate the Kurdish region from the outside world. He demanded that the Kurdistan Regional Government surrender control of its border crossings and two airports or face a ban on international flights. The prime minister also demanded that the Kurdish authorities also hand over its oil revenues, the Kurdish region’s economic lifeblood.

Abadi tweeted on Tuesday: “We will not compromise on Iraq’s unity or sovereignty. Iraq is strong. Some wanted to weaken it. They have miscalculated.”

The independence vote also raised alarms in Iran, Syria and Turkey, where authorities are all grappling with local Kurdish separatist movements. Across the border in Iran, thousands of Kurds celebrated the vote in the streets in a display of solidarity with their Iraqi Kurdish brethren — defiance toward the government in Tehran.

In Turkey, the Turkish and Iraqi armed forces staged joint military exercises — a show of force aimed at Barzani and the Iraqi Kurdish administration. Iran closed its airspace to flights heading to the Iraqi Kurdish region, including its capital, Erbil.

Prior to the vote, the United States joined nearly every Middle Eastern government in urging Barzani to cancel or postpone the referendum, arguing that it would tear apart the international coalition battling the Islamic State and lead to internecine violence within Iraq. United Nations Secretary-General António Guterres called the vote “potentially destabilizing.”

At stake in the dispute between Baghdad and Erbil is a large swath of territory claimed by both sides. That land includes the city of Kirkuk, home to ethnic Kurds, Arabs and Turkmen. Kurdish militias took control of the city in 2014 when Iraqi government forces retreated in the face of the advancing forces of ISIS. But should the Kurdish authorities declare independence and attempt to take Kirkuk out of federal Iraq, Turkmen organizations have vowed to resist by force. The area around the city also produces up to 400,000 barrels of oil a day, making it an economic prize for both the central government and Kurdish separatists.

After decades of brutality under the former regime of Saddam Hussein, many of Iraq’s Kurds distrust the government in Baghdad and yearn for independence. The regime launched a genocidal campaign against Kurds in 1986, and the northern Kurdish region has been protected by an American-enforced no-fly zone since 1991.

Kurdish militias fought in support of the American-led invasion that removed Saddam Hussein from power and plunged Iraq into chaos in 2003. 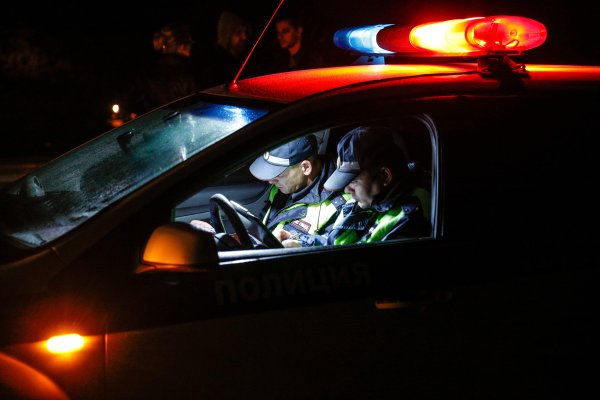 'Cannibal Couple' in Russia May Have Killed up to 30 People
Next Up: Editor's Pick