A Russian 'Cannibal Couple' May Have Eaten up to 30 People, Investigators Say

Police in southwestern Russia have arrested a couple accused of sedating, skinning alive and eating parts of as many as 30 people, while preserving their remains in saline. The Washington Post reports that the pair may have also tried to slip “canned human meat” into the food they prepared at their workplace — a military academy in the city of Krasnador, about five hours away from Sochi.

The investigation was reportedly triggered on Sept. 11 after road work crews discovered a stray cell phone and looked at its photo gallery. Images of a man “with different parts of a dismembered human body in his mouth” sent them straight to the authorities, the Post said citing a statement from Russia’s Ministry of Internal Affairs.

Natalia Baksheeva and her husband, 35-year-old Dmitry Baksheev, are now under arrest, with Baksheev currently facing one charge of murder as the investigation continues. Citing local media, the BBC reports that they admitted to having killed as many as 30 people. If confirmed, the couple would become one of Russia’s worst serial killers on record, reports the Post.

Read more: Why Did Cannibals Eat Other People?

Police say the pair could be responsible for dozens of deaths or disappearances spanning almost two decades, according to the Post. A police search of their home reportedly turned up one photograph dated Dec. 28, 1999, depicting a human head on a plate with fruits. Investigators said that they also found “food fragments and frozen meat pieces of unknown origin” in the kitchen, as well as jars containing human parts in saline solution, the BBC reports. 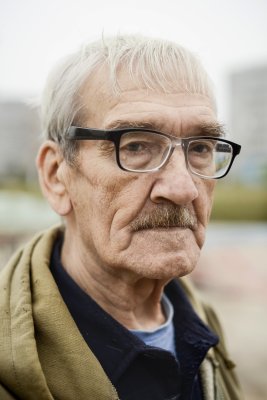 The Man Who Saved the World from Nuclear War Feared History Repeating Itself
Next Up: Editor's Pick