Former President Barack Obama opened up Monday night about how he felt when Malia, his eldest daughter, went away to college.

“For those of us who have daughters, it just happens fast. I dropped off Malia at college, and I was saying to Joe and Jill [Biden] that it was a little bit like open-heart surgery,” Obama said during remarks he gave at a fundraiser hosted by the Beau Biden Foundation, reports CNN.

“I was proud that I did not cry in front of her,” Obama continued, according to video of the remarks published by WDEL radio. “But on the way back, the Secret Service was off, looking straight ahead, pretending they weren’t hearing me as I sniffled and blew my nose. It was rough.”

Malia Obama began her undergraduate studies at Harvard this fall, after taking a gap year following her graduation from high school, reports CNN.

“It’s a reminder that, at the end of our lives, whatever else we’ve accomplished, the things that we’ll remember are the joys that our children — and hopefully way later, our grandchildren — bring us,” said the 44th President.

Obama was known to occasionally speak affectionately about his daughters Malia and Sasha while he was in office. In January, during his farewell address as President, he told them: “Of all that I’ve done in my life, I’m most proud to be your dad.”

The Beau Biden Foundation for the Protection of Children was established by former Vice President Joe Biden in 2015 in honor his late son’s legacy of caring for society’s most vulnerable, particularly children who had fallen victim to abuse. 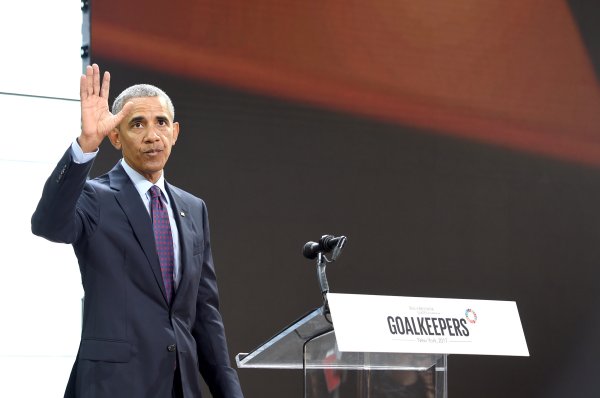