DirecTV is offering refunds on their Sunday Ticket NFL package, even though the company’s rules state otherwise, because of football players who protest during the national anthem.

DirecTV customer service representatives contacted by both Bloomberg and the Wall Street Journal were offering refunds to certain customers who complained about the protests. The Journal spoke with subscribers who were able to get refunds or cancel their packages.

This represents a break from protocol; according to the organization’s website, users who want to cancel or downgrade their pass have to do so before the season, which began on September 9. “Any season pass purchases made after Saturday, September 10, 2017 are strictly nonrefundable,” the website states.

The revelation comes after President Trump ignited a national controversy last Friday when he referred to football players who kneel during the national anthem in protest as “sons of bitches.” “Wouldn’t you love to see one of these NFL owners, when somebody disrespects our flag, to say, “Get that son of a bitch off the field right now. Out. He’s fired. He’s fired!” he said at a rally for Alabama Senator Luther Strange. Multiple NFL players responded during games on Sunday by either kneeling during the national anthem or standing with their arms linked in a show of unity.

AT&T, which owns DirecTV, did not immediately respond to request for comment from TIME. 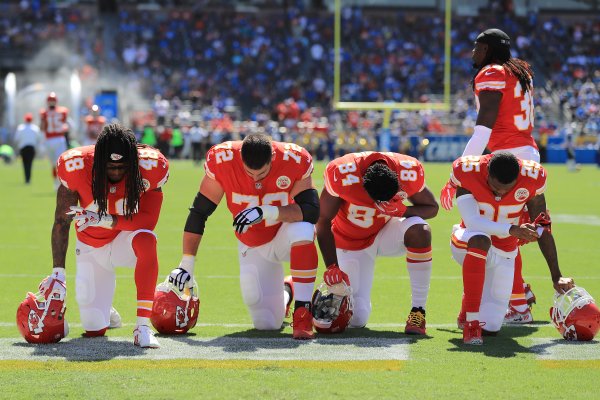