Saudi Arabia’s government announced on Tuesday that it will grant women the right to drive cars next year in a major sign of social change for the ultraconservative kingdom.

The civil rights breakthrough follows years of civil disobedience since the 1990s by women demanding the right to drive in a country that whose social mores have been constrained since its founding in 1932 by a conservative religious establishment. The decision on Tuesday came in the form of a decree issued by Saudi Arabia’s King Salman bin Abdulaziz Al Saud.

“We refer to the negative consequences of not allowing women to drive vehicles and the positive aspects of allowing it to do so,” the government wrote in a royal decree.

The royal directive also comes during a time of turbulence in Saudi Arabia’s political system, following the elevation in June of a new crown prince, Mohammed Bin Salman, who is 32 and set to inherit the country’s reins of power in the coming years. Bin Salman is seen by as a supporter of some social reforms and is also in charge of overhauling the Saudi economy, but his rise to power also triggered a government clampdown, including the arrest of prominent religious figures.

Advocates of women’s rights in the kingdom responded with elation to the government’s decision. “I’m in tears,” tweeted Manal al-Sharif, a prominent activist for women’s right to drive and the author of a book on the subject.

“This is a historic development and a milestone for the Kingdom,” said Mohammed Khalid Alyahya, a Saudi analyst with the Atlantic Council in Washington. “Young people in Saudi Arabia have been waiting for change.”

Bin Salman is the public face of a plan to transform the Saudi economy that calls for equal participation of men and women in the workplace. In announcement on Tuesday, the Saudi ambassador to Washington framed the decision to allow women to drive in economic terms. “It’s not just a social change, it’s part of economic reform,” he was quoted as saying by Saudi media.

Suadi Arabia had been the only country to deny women the right to drive, and as a result the ban stood as a symbol of the kingdom’s international isolation. The Saudi government faces resistance from a conservative religious establishment that often opposes easing of social restrictions in the kingdom, which is the home of Islam’s two holiest sites, Mecca and Medina.

Tuesday’s announcement comes at the culmination of an era of political tension in the Saudi kingdom. Last week, the Saudi government launched a crackdown on critics of the current regime, arresting at least 16 people, including prominent religious figures, academics, and journalists. In July, Saudi security forces sealed off a predominantly Shiite town in the country’s east. 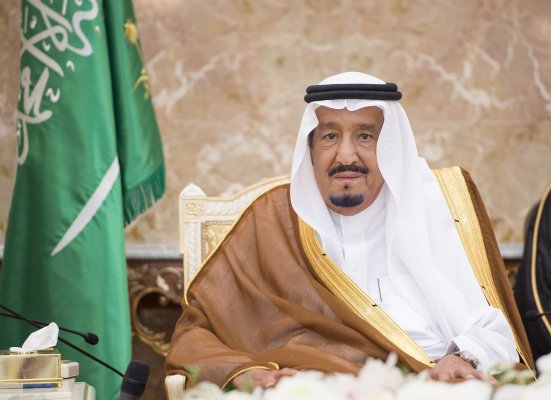 Saudi Women Will Soon Be Allowed to Drive
Next Up: Editor's Pick