Illustration of Sputnik I in orbit, 1957.
ullstein bild / Getty Images
By Lily Rothman

The Soviets called it sputnik, meaning simply “satellite” or “fellow traveler.” But to American space-watchers of 60 years ago, the satellite that launched on Oct. 4, 1957 had many meanings: defeat and discovery, but also the promise of the space race that was to come.

The launch — the anniversary of which coincides with the beginning of World Space Week — came as a surprise to scientists and officials in the U.S., though they quickly downplayed their shock that the USSR had the ability to get a heavy satellite into orbit, a feat the U.S. had not yet accomplished. The following week’s issue of TIME explained how the news broke:

As the science section added, that achievement was quite remarkable: sputnik was heavier than expected — more than eight times heavier than the satellite the comparable U.S. project had been looking at — which meant that Soviet rocket capabilities were impressive. The satellite also flew higher than the American scientists had thought possible.

Scientists turned on their gear to track sputnik as radio stations and amateur astronomers alike sought the telltale sound it emitted — a sound TIME called “those chilling beeps,” acknowledging that the remarkable scientific achievement was also hard proof of Communist success in a Cold War world in which scientific advancement was seen as a proxy for military might.

However, as TIME noted, at least some people saw sputnik as a good sign for the U.S., realizing that it was just the kick the nation needed to commit seriously to space exploration. The reason for the Soviet success was not superior thinking, they felt, but rather that the U.S. had not yet decided to commit to the cause. As the space race got into gear, those people could hardly have known just how right they were. 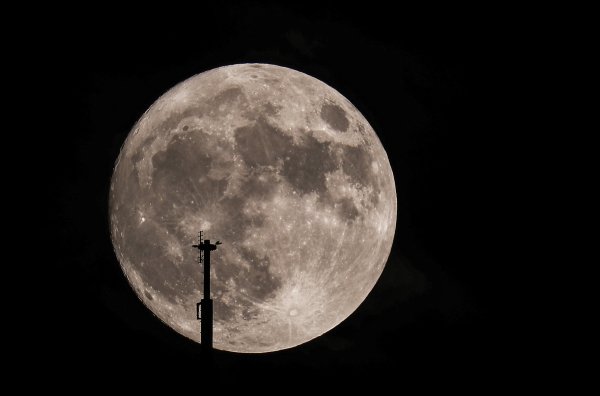 U.S. and Russia to Build Moon's First Space Station
Next Up: Editor's Pick