When the Jewish holiday of Yom Kippur begins at sundown on Tuesday, Sept. 18, so will traditional fasting. Those observing will commence their 25-hour fast until nightfall on Wednesday, all forms of sustenance are prohibited, including water. Not just a glass of water but the water you use to brush your teeth.

But why exactly is fasting part of Yom Kippur?

In English, Yom Kippur means “Day of Atonement.” Simply put, fasting is a vehicle for reflecting and repenting for your sins. Yom Kippur comes ten days after Rosh Hashanah, or the start of the Jewish new year, where you ask God for forgiveness so their name can be enshrined in the book of life. (The period of repentance lasts from Rosh Hashanah through Yom Kippur, where you seek forgiveness from people you have hurt).

Yom Kippur is the holiest day of the year in the Jewish religion, and the majority of the day is spent in Synagogue, praying and repenting. Jewish tradition, which stems from certain verses in the Torah, or the Jewish bible, stipulates that fasting on Yom Kippur is a necessary component of the day; The verse in the Torah, which can be found in Leviticus 23:27, states that the Day of Atonement should be one of “self-denial.”

“The purpose of fasting is to bring one to repent, and true repentance brings about a change in actions. However, repenting without fasting is not enough,” Jewish educator Aliza Bulow explains on Aish.com.

Although there are medical exceptions to fasting, the Yom Kippur tradition dates back to biblical times, according to Chabad.org. When the Jewish people were wandering in the desert for 40 years after enslavement in Egypt, they worshipped a golden calf — which is contradictory to the religion’s monotheistic tenets — and Moses went to Mt. Sinai to ask for God’s forgiveness. Moses came down from the mountain after God forgave him, and that day became known as Yom Kippur. The tradition of Yom Kippur continued when the Jews reached the land of Israel — Jews gathered in the first two temples until they were destroyed — and persisted again when they were ultimately exiled and dispersed across the globe.

After the conclusion of the final evening service on Yom Kippur, those observing will gather for a break-fast meal. Typical fare in the United States includes bagel sandwiches and smoked salmon. 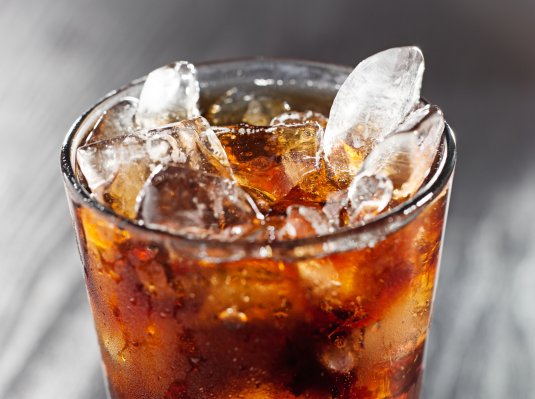 BYU Now Sells Caffeinated Soda On Campus and People Are Freaking Out
Next Up: Editor's Pick