Sexual Assault Survivor to Betsy DeVos: Mediation Is Not a Viable Resolution

CAMBRIDGE, MA - SEPTEMBER 28: Education Secretary Betsy DeVos listens during the Harvard University John F. Kennedy Jr. Forum on "A Conversation On Empowering Parents" moderated by Paul Peterson on September 28, 2017 in Cambridge, Massachusetts. DeVos was met by protestors both outside the venue and inside during her remarks. (Photo by Paul Marotta/Getty Images)
Paul Marotta—Getty Images
By Grace Watkins

Until my sophomore year, the University of Notre Dame held a special mass for those “affected by sexual violence” on campus called the Mass of Healing. The university explicitly invited the accusers, the accused and their friends and family to a service where survivors had the option to receive the Anointing of the Sick, a Last Rites practice meant to bring strength during an illness. Although it was marketed to survivors of sexual violence like myself, I never went. I got the distinct sense it was not for us. Rather, the mass seemed like part of an attempt by the university to encourage their survivors to forgive their assailant.

If Secretary of Education Betsy DeVos has her way, more survivors will be pressured into forgiving their rapists. Last month, DeVos announced that the Department of Education would change the Obama Administration’s guidelines on how colleges should adjudicate sexual assault, seeking public feedback to “replace the current approach with a workable, effective and fair system.” Then, on Sept. 22, DeVos revoked the Obama Administration’s Title IX guidance about student survivors’ rights on campus and issued interim guidance that allows schools to resolve sexual violence complaints through mediation if both parties agree to the process.

In mediation, both the complainant and respondent would meet with an independent third party and have a conversation about what happened with the goal of reaching some sort of resolution. The process is usually confidential and rarely results in punishment, even if the alleged perpetrator admits guilt.

Guidance from both the Bush Administration and Obama Administration said mediation was not an appropriate method to resolve sexual assault complaints. After all, some feared that survivors would be pressured to opt for mediation over a formal investigation. Others worried that some schools would describe sexual violence as a mere “dispute between students” and encourage survivors to “work it out” with their rapists (not considering the further trauma such a meeting could cause).

I am deeply worried that allowing mediation as a resolution to all forms of sexual violence at schools’ discretion will result in schools pressuring survivors to participate. Schools that are not concerned with survivors’ best interests are likely to prefer mediation to the standard Title IX investigation process. After all, mediation is easier for them because it requires far less manpower and time. Suspension and expulsion (and the subsequent loss of tuition) are unlikely to occur. And the confidential nature of the process makes a survivor less likely to come forward publicly with his or her allegations, allowing colleges and universities to avoid damage to their reputation.

The previous two administrations were correct that mediation is inappropriate to resolving sexual assault allegations. Mediation is commonly — and appropriately — used in school settings when two students have a conflict that they both share some blame for, such as two roommates who have a dispute over their living arrangements. But it’s wholly inappropriate when only one person is at fault. There is no shared blame in sexual assault. Survivors of sexual violence should not be asked to compromise, self-reflect or reconcile relationships with someone that assaulted them.

Even worse, mediation perpetuates the myth that sexual assault is simply a misunderstanding between two people, rather than what is really is: a violent abuse of power. Mediation fetishizes compromise, which for survivors often means premature forgiveness of serious harm. It relies on the societal expectation that “good girls forgive,” thereby reifying the same gender stereotypes that Title IX was intended to eliminate. Survivors deserve a trauma-informed process that protects them from further harm and respects their autonomy.

It’s alarming that the Department of Education lifted the ban on mediation without offering any guidance on how schools should conduct such a proceeding to assure that both parties receive due process and that survivors aren’t further traumatized by the experience. Due to the lack of clear standards, the quality of mediation proceedings across college campuses is likely to widely vary based on whoever is leading the process. This state of affairs is deeply concerning, as mediation’s open structure can make it highly susceptible to abuse. In cases of intimate partner violence, mediation could allow abusive partners to use the same tactics of manipulation and intimidation present in their relationship to dictate the terms of the resolution.

It is all the more important that we be wary of these alternatives to Title IX investigations as the Department of Education rolls back enforcement. Universities will act in their best interest, which they have interpreted over and over again as mitigating risk instead of supporting individuals who experience sexual misconduct on their campus. Mediation presents a much easier and quicker way for administrators to “resolve” incidents on campus, thereby bypassing the need for investigations and additional staff hires.

Some administrators may genuinely feel mediation serves survivors. But there are undeniable pecuniary interests at hand, and they go a long way to explaining why universities might prefer mediation over costlier — but frequently requested — measures like tuition remission for semesters in which abuse occurred and free long-term counseling for survivors. In the meantime, survivors shouldn’t be guilted into accepting programs like mediation that don’t meet their needs.

When an option is convenient for universities, it is appropriate to be deeply skeptical. When this option capitalizes on gendered expectations of forgiveness and runs the risk of violating students’ rights, it is appropriate for survivors to reject it altogether.

Grace Watkins is a 2017 graduate of Notre Dame. 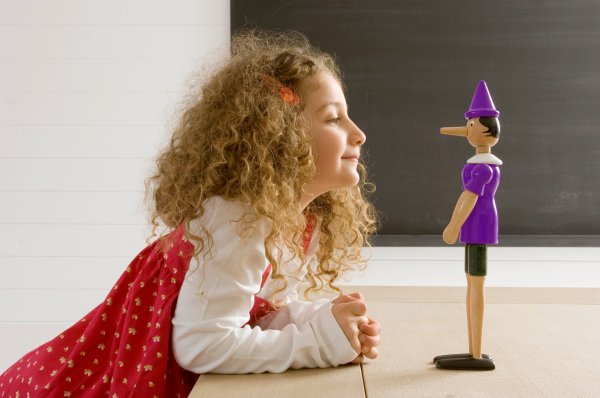 What to Do When Your Kid Tells Lies
Next Up: Editor's Pick