Is Puerto Rico Part of the U.S? Here's What to Know

As Puerto Rico deals with the aftermath of Hurricane Maria, which has left millions without power, some are wondering: Is Puerto Rico part of the U.S.?

Puerto Rico, an island in the Caribbean Sea, has been a territory of the United States since 1898, after the U.S. defeated Spain in the Spanish-American war. It’s classified as an “unincorporated territory,” meaning the island is controlled by the U.S. government but is separate from the mainland.

Puerto Ricans by birth have American citizenship and can move freely between the island and the U.S. mainland. But unlike Hawaii, Puerto Rico is not a state. That means it does not have voting power in Congress and its citizens can’t vote for the U.S. president — but they can vote in party primaries.

Puerto Rico is self-governed through a local constitution that was approved by Congress in 1952. Residents can elect their own Governor, Assembly and Senate.

Whether Puerto Rico will eventually become a U.S. state remains an open question. Last June, more than 97% of voters said they would prefer to be a state rather than an unincorporated territory — but turnout for the referendum was only 23%. The party of the current Governor, the New Progressive Party, advocates for the island to become a state. “Colonialism is not an option,” he has said. 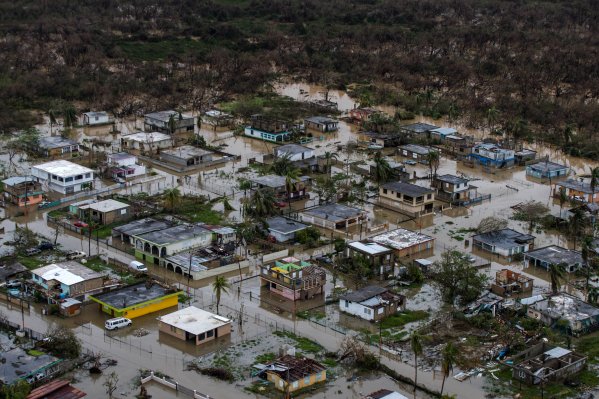 Trump Says Hurricane-Stricken Puerto Rico Is In 'Deep Trouble'
Next Up: Editor's Pick