This morning, President Donald Trump seemed to take credit for helping to spark a ratings decline for the NFL, writing on Twitter that the league’s ratings “are way down except before game starts, when people tune in to see whether or not our country will be disrespected!” Trump’s take was doubly untrue: The NFL’s ratings may be sagging, but they’re not “way down.” And the slide is part of a trend that predates the recent widespread controversy over the national anthem and associated protests.

But this week’s Monday Night Football—ESPN’s flagship weekly football broadcast and this time a matchup between the Dallas Cowboys and Arizona Cardinals—signaled a way in which the protests may become meaningful to the NFL beyond their utility as a way for players to express political views. Broadcasting the national anthem, which is not traditional for Monday Night Football, was a way for the league and its broadcast partner to acknowledge a topic of national interest. (Reporters, including Jemele Hill, have struggled to find a balance between reporting the news and “sticking to sports.”) It also was what football does best and what’s made it America’s 21st-century national pastime—a giant spectacle.

The performance of “The Star-Spangled Banner” was promoted on-air before it was performed, with an all-caps onscreen legend reading “National Anthem Coming Up Next” on top of a shot of U.S. troops holding flags of the U.S., the state of Arizona, and the P.O.W./M.I.A. movement. The image relied heavily on the trappings of patriotism but was undergirded by a deep sense of suspense. Whatever you think of the imbroglio give Trump this much, his perception that the anthem was used as a tool to goose anticipation among viewers was not off the mark. (Last night’s game was the most-watched Monday-night game of the season.)

ESPN reporter Lisa Salters came on-air to explain the somewhat convoluted plan of action to viewers before it unfolded: The Cardinals were to lock arms with members of the military in the endzone, and the Cowboys (still regarded in some circles as “America’s Team”) were to take a knee before the anthem but stand in locked-arm formation during it. An ESPN announcer noted the crowd reaction while being sure to emphasize the game’s popularity: “Boos can be heard from this sell-out crowd in Arizona.” The ensuing staging, vastly more elaborate than what one might expect from an in-season game, included the unfurling of an American flag over the field and a lengthy preamble asking fans to unite “regardless of jersey color.” The protest, which had been introduced by Colin Kaepernick as a statement against police brutality, had been recast as an expression of team virtue.

The staging studiously separated the Cowboys’ brief moment of protest from the anthem itself and, indeed, seemed to recharacterize an act of individual conscience as a group moment symbolic of “unity” and nothing more. Not surprisingly for the ultra-image-conscious NFL, it was the very height of canniness, whirling a bit of controversy around in a centrifuge until all of the affirming parts could be extracted and then used to boost viewership. After all, every aspect of an NFL game is subject to the attention market. After the anthem wrapped, the announcer ruefully declared, “May God bless America. You’ve been watching ESPN Monday Night Red Carpet Kickoff, engineered by GMC and its lineup of SUVs.” No surprise. This was American pageantry at its purest.

All of which is good news for the NFL, really. The national anthem fracas has given a league beset by numerous more serious controversies and health scares a fresh storyline. Team presidents whose lineups had no room for Kaepernick this season are liberated to note how their players not only have the right to protest, but that they too are engaged and active members of their communities. And millions of Americans, including the President, are enthralled by what may happen at the start of a game. 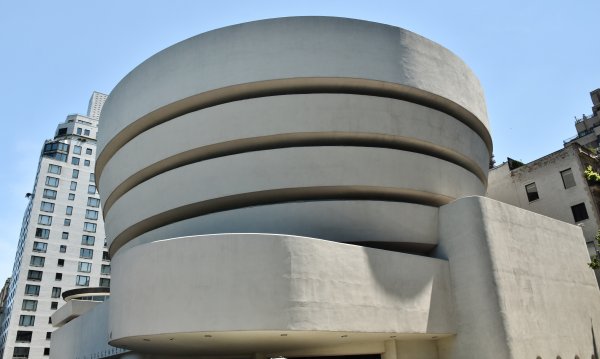