Chelsea Manning Says She Was Denied Entry Into Canada

Chelsea Manning has been denied entry into Canada on the basis of her criminal record in the United States, according to a letter from Canadian immigration officials the former army intelligence analyst posted Monday.

The letter, posted to Manning’s Twitter account, said that she had not been permitted to cross Canada’s Lacolle, Quebec border because her convictions in the U.S. “constitute an offense under an Act of Parliament punishable by a maximum term of imprisonment of at least 10 years.”

In a separate tweet, Manning wrote that she would be challenging the decision.

“[S]o, i guess canada has permanently banned me ?” she tweeted. “[D]enied entry b/c of convictions similar to “treason offense”.”

Manning was released from prison in May after former President Barack Obama commuted her 35-year sentence. In 2013, she was convicted of charges including violating the U.S. Espionage Act after leaking a trove of classified material to whistleblower site WikiLeaks.

According to CBC, immigration officials refused to comment on the case. “Our government is committed to ensuring that every case put forward to IRCC is evaluated based on its merits and in a fair manner. All applicants can expect impartial, professional treatment and clear, accountable decision-making,” a spokesperson said. 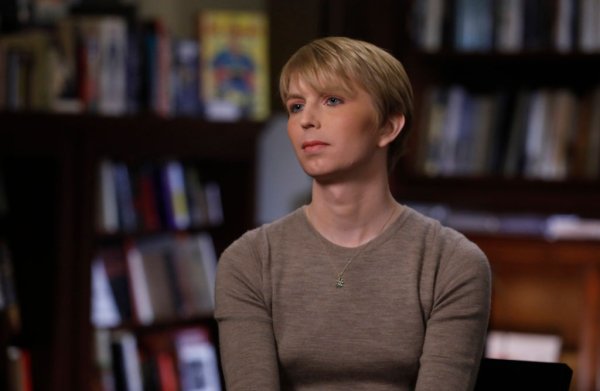