Just hours after a third Republican senator came out against the latest health care proposal, all but guaranteeing its defeat, GOP Sens. Lindsey Graham and Bill Cassidy defended it during a televised debate with independent Sen. Bernie Sanders and Democratic Sen. Amy Klobuchar on CNN.

Graham and Cassidy, the namesakes of the latest Republican attempt to repeal the Affordable Care Act, spent the night repeating their talking points about the law signed by President Obama in 2010. “It’s about Obamacare failing,” Graham said. “It’s not working and it’s never going to work.”

But the Graham-Cassidy bill was on thin ice as of Monday night. Protests marred a hearing on the bill before the Senate Finance Committee. A preliminary Congressional Budget Office analysis estimated that the deficit would be reduced by $133 million between 2017 and 2026, but noted that millions would lose insurance.

Republican Sen. Susan Collins’ decision to vote “no” on the bill, along with Sens. John McCain and Rand Paul, meant that the GOP majority in the upper chamber lacks the votes needed to pass the bill on a simple majority basis before a Sept. 30 deadline. But at Monday night’s debate, Graham vowed to “press on.”

Every Senator on the CNN stage Monday night agreed that something needs to be done to fix the U.S. health care system, but Sanders and Klobuchar took the opportunity to both express their discontent with the existing legislative proposal and call for a bipartisan solution for health care.

The Minnesota Democrat noted that the widespread opposition to the proposal and excoriated the impact the bill would have on those with pre-existing conditions and women seeking services from Planned Parenthood.

Sanders largely used the platform given to him by CNN to call for a single-payer health plan that would provide Medicare for all. He also called for a bipartisan, short-term solution to existing health care issues.

Klobuchar, who began the debate by speaking to her personal experience dealing with a sick baby as a new mother, echoed McCain’s calls for regular order and championed the bipartisan approach of leaders of the Senate Health, Education, Labor and Pensions committee, Sens. Lamar Alexander and Patty Murray.

As the debate raged on, President Trump waded into the health care discussion sharing a six-minute video of McCain talking about repealing the Affordable Care Act.

But with tears in his eyes, Graham defended his longtime friend, who is recovering from cancer, despite the fact that McCain’s lack of support may have killed the bill.

“John McCain can do whatever the damn he wants to,” Graham said. “He’s earned that right.” 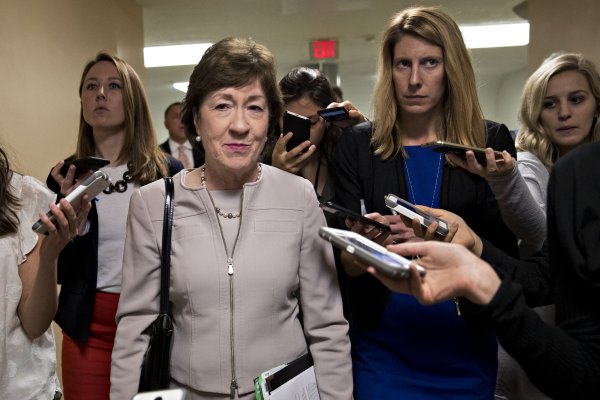