Obamacare Repeal Is on Life Support. These 5 Senators Could Decide Its Fate

Once again, Congress is facing a looming vote on repealing the Affordable Care Act that will be decided by a handful of key Republicans.

As the Senate decides on the Graham-Cassidy bill this week, just three Republican senators would be enough to kill the bill’s chances, and doom GOP’s best chance to overturn the bill on a simple majority vote before a Sept. 30 deadline.

With several Republicans expressing concern and even opposition to the bill, its future looks uncertain. On Monday, Sens. Lindsey Graham of South Carolina and Bill Cassidy of Louisiana put forward a revised version in an attempt to sway some holdouts.

According to analyses of the bill from multiple media outlets, the revised bill would give more funding to Alaska, Kentucky, Maine and Arizona, home states of some of the key votes.

Here are five senators to watch as the debate unfolds this week:

In late July, the Arizona Republican joined Sens. Susan Collins of Maine and Lisa Murkowski of Alaska in voting against an attempt to repeal the Affordable Care Act. Last week, McCain released a statement saying he could not vote in favor of Graham-Cassidy — not because he necessarily disagrees with the contents of the proposal, but because of the process used to write it.

“I would consider supporting legislation similar to that offered by my friends Senators Graham and Cassidy were it the product of extensive hearings, debate and amendment,” McCain said in a statement. “But that has not been the case.”

Those objections are pretty hard for the bill’s sponsors to address. While policy differences could be ironed out with some last-minute amendments, there’s simply not enough time left for the bill to be considered under the type of hearings and bipartisan involvement that McCain’s preferred “regular order” would require.

In the early days of the skinny repeal process, Collins and Murkowski expressed their opposition for the bill because of the effects it would have on millions of Americans set to lose coverage and cuts to Planned Parenthood funding. Collins has again emerged as a key figure in the fate of the latest repeal attempt.

Collins signaled last week that she was “leaning against” voting for the measure. On Sunday, she told CNN’s Jake Tapper it was “very difficult for me to envision a scenario where I would end up voting for this bill.”

“I’m concerned about the impact on cost and coverage,” Collins said. “We already have a problem under the Affordable Care act with the cost of premiums and deductibles, and finally, I’m very concerned about the erosion of protections for people with pre-existing conditions.”

She also said she would like to see a Congressional Budget Office analysis of the bill, parts of which are expected on Monday.

Murkowski has been mum about how she plans to vote for the bill, but officials in her home state of Alaska have been vocal about the effects it would have on its citizens. In an interview with the New York Times, independent Gov. Bill Walker said his state would not fare well under the legislation. Walker also signed on to a letter calling on Congress to take a bipartisan approach to health care.

“Alaska would fare very, very poorly. Nothing has been brought to my attention that would increase my comfort level,” Walker told the Times.

Alaska’s Department of Health and Social Services also found that Alaska would see federal funding fall by 65% between 2020 and 2026 under the proposal.

Senators, however, are still hoping to sway Murkowski toward voting in favor of the bill — the revised version includes carve outs that would help her state: it would ensure Native Alaskans could keep Medicaid coverage after the program is curbed in 2020. While Alaska ending the Medicaid expansion would mean a loss of federal dollars for Alaska, the revised bill would guarantee a 3% increase in federal funds to the state over current levels.

Sen. Rand Paul was among the first Senators to express opposition for the Graham-Cassidy bill. For the Kentucky Republican, the legislation does not go far enough in ending the Affordable Care Act. “I won’t vote for Obamacare Lite that keeps 90% of the taxes & spending just so some people can claim credit for something that didn’t happen,” Paul tweeted on Sept. 22.

The Hill reported Monday the Senator outlined additional steps the Senate would have to take in order for him to support the bill including a “reassessment” of money he says would not be spent if the Affordable Care Act were completely repealed. “Graham/Cassidy keeps and redistributes/spends over a trillion dollars,” Paul said, according to a document provided to the Hill. “This is the primary obstacle to my support, and only a significant reassessment of this trillion-dollar spending regime would get my support.”

The revised version of the bill would offer a 4% boost in federal funding to Kentucky. The carve outs for specific states are also a tough sell for some Republicans, who were critical when similar provisions were added to — and then taken out of — the Affordable Care Act to win support.

In a surprising twist, Sen. Ted Cruz of Texas expressed opposition to the repeal bill on Sunday, a position that had not changed by Monday afternoon. At the Texas Tribune Festival in Austin, Cruz said that while he was working to get to “yes” on Graham-Cassidy, his vote has not yet been secured. “Right now, they don’t have my vote, and I don’t think they have [Utah Senator] Mike Lee’s either,” Cruz said.

Despite changes in the revised version that could be palatable for the conservative, Axios and the Hill report Cruz’s position had not changed on Monday, but Cruz once led a government shutdown with the goal of forcing the repeal of the Affordable Care Act, so it’s possible he could swallow his objections and vote for Graham-Cassidy. 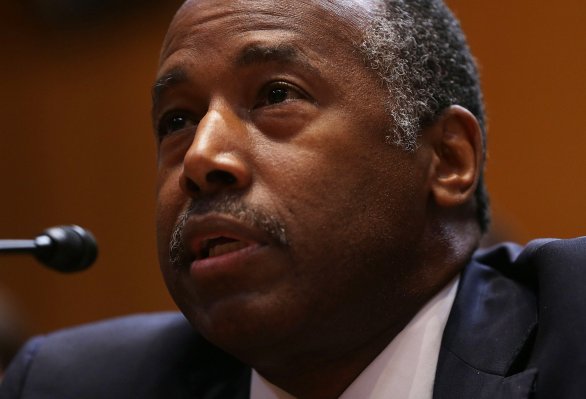