Renowned NBC sportscaster Bob Costas on Monday delivered a powerful take on President Donald Trump’s escalating war with the NFL and its players, saying one “can’t separate” Trump’s NFL attacks from their racial context despite his insistence it has nothing to do with race.

“Patriotism comes in many forms and what has happened is it’s been conflated with a bumper-style kind of flag-waving and with the military only so that people cannot see that in his own way Colin Kaepernick, however imperfectly, is doing a patriotic thing,” said Costas, decrying Trump’s “insulting remarks” about the NFL, during an appearance on CNN. “And so too are some of these other players.”

Costas’ NFL comments came a day after more than 200 NFL players took a knee during national anthems before football games, in protest of Trump’s comments that they should be fired for doing so. Kaepernick, the former NFL quarterback for the San Francisco 49ers, first took a knee to protest racial inequality and police brutality against African-Americans in the U.S. at the start of last year’s NFL season. Since then, other NFL players have taken knees—and this weekend, locked arms—during the anthem to demonstrate against social injustice and support the cause.

Here’s a transcript of Costas discussing the NFL, Trump and the reactions to his remarks. 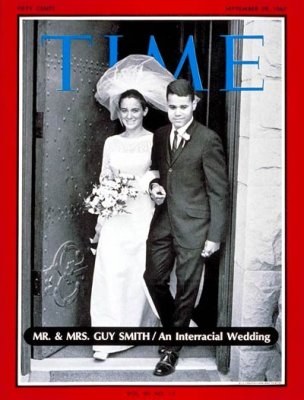 50 Years Ago This Week: 'Individuals Marry, Not Races'
Next Up: Editor's Pick