Hoda Kotb and Megyn Kelly on the Today Show on Sept. 22, 2017.
NBCU/Getty Images
By Daniel D'Addario

If there was one message that Megyn Kelly sought to impart in the first installment of her new NBC talk show, Megyn Kelly Today, it was this: The old Megyn can’t come to the phone right now.

The host — a law school alum whose best-known skill has long been her prosecutorial zeal — served as her own defense attorney throughout the hour, pushing the case that she’s not the person you remember from her years of political coverage. “The truth is, I’m kind of done with politics for now,” Kelly said in a lengthy opening monologue that told her entire life story from childhood to TV stardom. “It’s everywhere, everywhere, and I’m just like, it’s over.”

It’s not just the sentiment that makes Kelly’s case; it’s the bearing. Kelly, a precise, crystalline wordsmith when in takedown mode, awkwardly sprinkled slang into her speech. She talked with her hands as though someone had said it was humanizing. When the cast of Today walked out with mimosas, Kelly declared, “O.M.G.!” A person who until as recently as last summer, during her Sunday-night newsmagazine show, sought to represent herself as deeply engaged in issues of the public interest now just thought it was over. Have a mimosa!

The problem is that Kelly, for all her forced bonhomie, is more chilly than chill. Kelly’s work on Fox News, aggressively questioning perceived agents of division in a manner that was itself cleverly divisive, made her a star. Now, there was little left but self. Her monologue came most vividly alive when she described her own ambition — her longtime dream of hosting “a more uplifting show. But how, where, what?” And an interview with the cast and creators of Will & Grace evinced neither particular familiarity with the show nor a take beyond that having fun is fun. Kelly introduced the cast to a gay male “superfan” in the audience, the sort of surprise Oprah Winfrey used to pull in daytime. “I think the Will & Grace thing and the gay thing are going to work out great,” she awkwardly told him before throwing to commercial.

Winfrey didn’t have such strange stumbles; she also had years of experience in daytime by the time she was running the sort of everything-to-everybody show Kelly seems to be trying to create. Winfrey, whom Kelly has explicitly called a role model, recently made the opposite jump, joining primetime 60 Minutes as a contributor. While I wouldn’t call her first segment — in which Winfrey convened a group of Trump and Clinton voters in order to probe America’s division — particularly groundbreaking, it sought to unite by, first, diagnosing division. Winfrey is a genius of empathy. When Kelly promoted a story about a charitable nun by declaring “It’s a story that will make you say, ‘Yes, there is still goodness in the world!,'” it felt put-on.

More than that, it was contradictory. Isn’t the implication that the world is sliding into evil itself a charged political statement? The show made for a particularly awkward transition after two hours of relatively hard news on Today‘s flagship broadcast. It was the spectacle of a person forcing herself to talk about anything other than the news. The solution, again and again, was to return to the host — that pretaped story about the nun, for instance, was packaged as proof of Kelly’s personal mantra, “Settle for More,” which coincidentally enough is the title of her memoir.

New settings for even the biggest stars can be hard. Stephen Colbert, currently the standard in late night, struggled for months to find his footing. But the best talk shows take the shape of all their hosts — Winfrey’s conversational generosity and her New Agey questing, David Letterman’s curiosity and curmudgeonliness, Rosie O’Donnell’s edgy niceness. But they’re ultimately about the viewer — reaching out, providing some service or entertainment. Kelly asked for things from the viewer: patience (in the show’s first moments, very literally), indulgence, and willingness to suspend disbelief. It’s a big ask early in the morning. 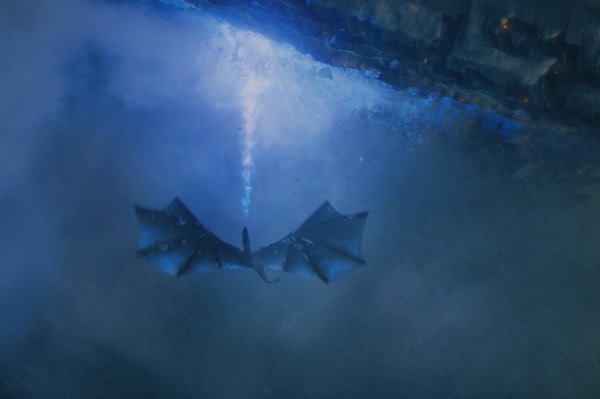 Did Neil deGrasse Tyson Just Solve a Crucial Game of Thrones Mystery?
Next Up: Editor's Pick