President Trump Slams NFL After Players Kneel During National Anthem: ‘It Is About Respect’

President Donald Trump once again denounced the NFL in a series of tweets Monday morning after more than 200 football players either took a knee or sat during the National Anthem over the weekend.

Trump said kneeling, instead of standing, while the anthem plays is disrespectful to the country. He also said the act “has nothing to do with race.”

“It is about respect for our Country, Flag and National Anthem,” Trump tweeted. “NFL must respect this!”

Several NFL players have been kneeling during the National Anthem before games after former San Francisco 49ers quarterback Colin Kaepernick first started the movement last year. The Associated Press said about one out of eight NFL players did not stand for the national anthem over the weekend.

Trump had lashed out on the players who followed Kaepernick’s lead during a Friday rally in Alabama. “Wouldn’t you love to see one of these NFL owners, when somebody disrespects our flag, to say, “Get that son of a bitch off the field right now. Out. He’s fired. He’s fired!” Trump told the crowd.

On Monday, Trump also praised NASCAR after no drivers took part in the silence protest following warnings from several team owners. “So proud of NASCAR and its supporters and fans,” Trump tweeted. “They won’t put up with disrespecting our Country or our Flag – they said it loud and clear!” 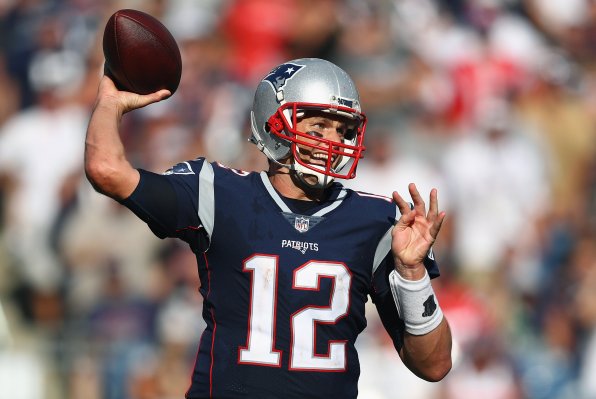 'It Was Just Divisive.' Tom Brady Speaks Out After Trump Slams NFL Protests
Next Up: Editor's Pick