'It Was Just Divisive.' Tom Brady Speaks Out After Trump Slams NFL Protests

“Yeah, I certainly disagree with what he said. I thought it was just divisive. Like I said, I just want to support my teammates,” Brady told WEEI’s Kirk and Callahan program. “I am never one to say, ‘Oh, that is wrong. That is right.’ I do believe in what I believe in. I believe in bringing people together and respect and love and trust. Those are the values that my parents instilled in me.”

Brady added: “The one thing about football is it brings so many guys together — guys you would never have the opportunity to be around. Whether it was in college, and all the way into the pros. We’re all different, we’re all unique. That is what makes us all special.”

The quarterback subtly showed his support for the player protests on Sunday when he linked arms with his teammates during the national anthem at the game against Houston Texans. Brady, who once said he considers Trump a friend, also commented on an Instagram photo posted by Aaron Rodgers showing the Green Bay Packers quarterback kneeling with a flexed harm emoji.

Trump set up a politically charged weekend of football when he criticized NFL players who protest during the national anthem while speaking at a rally Friday. “Wouldn’t you love to see one of these NFL owners, when somebody disrespects our flag, say, ‘Get that son of a b–ch off the field right now. Out, you’re fired,'” he said. 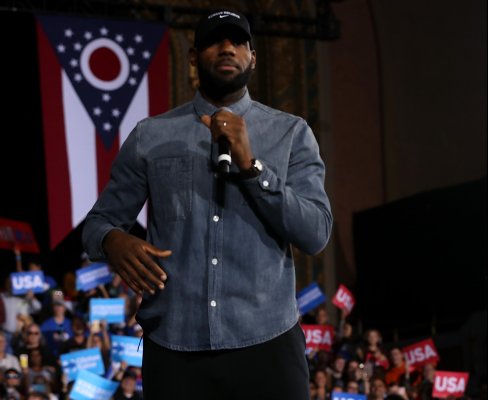