The British pop invasion that took over American airwaves in the 1960s might never have happened, had it not been for a radio revolution in the United Kingdom.

In 1964, there was nowhere easy for British youngsters to listen to rock ‘n’ rollers like The Beatles, The Who and The Rolling Stones. Commercial radio wasn’t yet an option, and the guardians of the publicly-owned British Broadcasting Corporation considered such music immoral, antisocial and unfit for public broadcast. Yet just three years later, on Sept. 30, 1967 — a half-century ago this Saturday — the BBC switched on the transmitters of Radio 1, the country’s first dedicated popular music station.

What happened to change their minds? The answer to that question — and the story of how pop music came to the FM dial in the U.K. — involves illegal offshore broadcasters, a gutsy Irishman and a murder acquittal.

The Irishman’s name was Ronan O’Rahilly, a small-time businessman who dabbled in the record industry. He realized that a station using a transmitter on a ship anchored 5.5km from the coast would be outside British territorial waters, and therefore not subject to broadcasting laws. He named it Radio Caroline, reportedly after seeing a picture of a young Caroline Kennedy dancing in the Oval Office that, to him, represented a playful disruption of authority. The idea wasn’t original: the U.S.-backed Voice of America had already been anchored in the Mediterranean promoting a westernized worldview to communist lands. But Caroline was the first station to make waves in the music radio industry. On March 28, 1964, the pirate radio station made its first broadcast, unsure of who could hear or who was listening.

One of the first DJs on Radio Caroline was Tony Blackburn, whose experience of broadcasting was limited to his love of Radio Luxembourg, a European station playing pop hits that could occasionally be picked up from within the U.K. He applied after seeing a small advertisement in the New Musical Express, the country’s definitive music magazine, and was invited to come aboard. Being free from the British authorities meant being free from record company and artist rights’ restrictions. Radio Caroline could import the American Top 40 format: playing today’s biggest hits repeatedly and giving tomorrow’s the time to climb. “I remember hearing Tom Jones’ ‘It’s Not Unusual’ for the first time, thinking that it was terrific, that was probably the first pirate radio hit,” Blackburn tells TIME. The Rolling Stones, The Beatles, The Who, The Kinks all came after.

There were no ratings. The only way the pirate broadcasters could gauge the station’s popularity was by fans’ direct reactions. And quickly, the signals were good. Listeners sent bags full of mail every day, and some even rode on tourist boats to pull up at the side of the boat and throw gifts on to the deck. Blackburn, now a 74-year-old veteran of British radio, remembers telling listeners he would be giving out Radio Caroline’s obsolete vinyl from his little red sports car when he got off ship in the port town of Harwich the next day. “It took me about an hour and a half to get out of [town],” he laughed. “Just hundreds of people lining the streets. They didn’t know what I looked like but they’d heard about the car.”

Not all the DJs were British. Mike Pasternak, 74, a Californian better known on the airwaves as Emperor Rosko, still wears a black baseball cap adorned with a white skull and crossbones. “I saw a floating hunk of rust,” he tells TIME about the first time he set eyes upon the Mi Amigo, the ex-German Navy ship that was home to Radio Caroline. Rosko, unlike Blackburn, had already worked on radio for two years before Caroline, for the military onboard an aircraft carrier in the South China Sea. “The poor British guys had the love of it but they didn’t have the technique,” he said.

Both DJs insist that life was wildly different from the booze- and drug-fueled depiction of the boat in Richard Curtis’ 2009 film The Boat That Rocked, which starred Philip Seymour Hoffman as Emperor Rosko. “We were allowed two beers a day,” said Blackburn, who later moved to another offshore station, Radio London. “If you’ve got people drunk and staggering all over the place full of drugs and beer you know it’s dangerous. If you fell over the side you’d drown, never survive it.” Entertainment activities were limited to planning the show, watching TV, sunbathing and playing cards. Sometimes boats would bring tourists alongside the Mi Amigo and a few women would come aboard “for a cup of tea,” as Pasternak puts it.

But if fans loved the pirate radio stations, the record companies losing out on royalties did not.

As lawmakers debated whether or not to act, there came one incident that “more than any other, forced the government into legislating against the offshore stations,” ex-pirate DJ Ray Clark wrote in his history of the ship, Radio Caroline. During a heated dispute over a radio transmitter, a pirate station manager was shot dead by Oliver Smedley, a former Liberal political figure turned businessman. Smedley was later acquitted on grounds of self-defense, but the scandal forced the government’s hand. “The extraordinary and tragic events of the past 24 hours have impressed on everyone… that piracy is piracy,” politician Hugh Jenkin told Parliament. The Marine & Broadcasting Offences Act came into effect on Aug. 14, 1967, making it illegal for anybody to do business with or supply the ships from the U.K.

The pirate radio stations were sunk, figuratively speaking. But the BBC understood that the 15 million listeners who tuned in to them needed a place to go. And so, the decision was made to poach the best DJ talent and create a new, separate radio station just for popular music. Blackburn had the honor of being the first voice on air that day 50 years ago, and credits the BBC with taking on the lessons from pirate radio. “They didn’t try and do it their way,” he says. “They said, ‘Look, these guys know how to do it, let’s bring them in.’ That was sensible.”

Today, Radio 1 is one of the most influential stations in the international music industry, having introduced audiences to genres from prog rock and electronica, to Britpop and grime. And fans of the British invasion have the station — and its pirate forebears — to thank for doing the groundwork for their stateside success, according to Pasternak.

“They all got a boost like there’s no tomorrow,” he says. “Whereas if they’d been same old BBC playing one hour a week, who knows — it would have taken forever.” 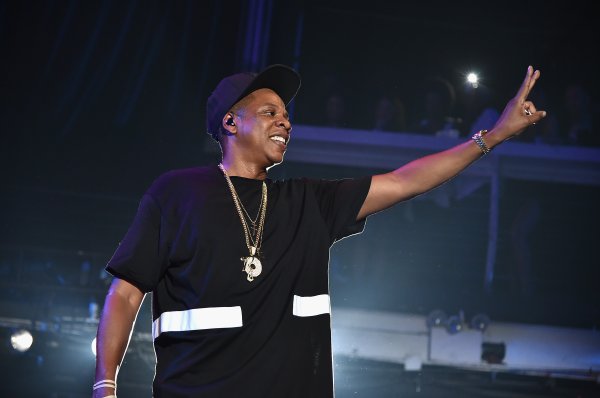