Republican Sen. John McCain said that his decision to vote against the Republican ‘skinny repeal’ of the Affordable Care Act earlier this summer was not influenced by his personal relationship with President Donald Trump, despite commenting that they are “very different people.”

Speaking in an interview with CBS’ 60 Minutes Sunday, McCain was asked to comment on whether his deciding vote, which was crucial in ending that Republican attempt to repeal Obamacare, was a way to “get back at the President” for attacking the senator’s Vietnam War record.

“If I took offense at everybody who has said something about me, or disparaged me or something like that — life is too short,” McCain replied. “You’ve gotta move on. And on an issue of this importance to the nation, for me to worry about a personal relationship, then I’m not doing my job.”

McCain did acknowledge the differences between himself and the President, saying “We’re very different people. Different upbringing. Different life experiences.”

“He is in the business of making money and he has been successful both in television as well as Miss America and others,” McCain said, pointing to Trump’s previous ventures before his entry into politics. “I was raised in a military family.”

“I was raised in the concept and belief that duty, honor, country is the lodestar for the behavior that we have to exhibit every single day,” he said.

In the latest turmoil over health care, McCain said Friday that he could not “in good conscience” support the most recent incarnation of the Republican Obamacare repeal, also known as the Graham-Cassidy bill, increasing the likelihood that the bill will not pass. 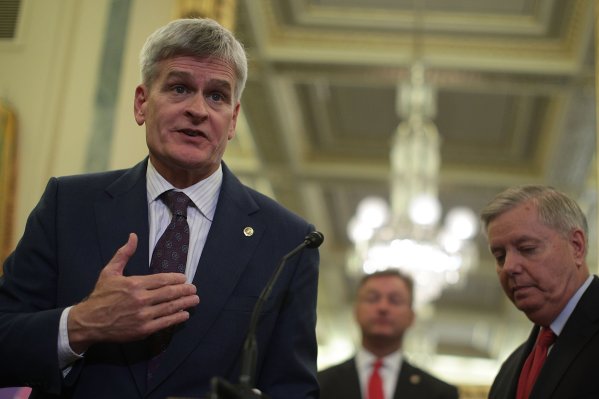 Republicans Launch a Last-Ditch Effort to Repeal Obamacare
Next Up: Editor's Pick