At the Warriors’ media day on Friday, Curry was asked what declining an invitation to the White House would signify. He said this, according to Anthony Slater of The Athletic.

“That we don’t stand for basically what our president has — the things that he’s said and the things that he hasn’t said at the right times — that we won’t stand for it. By acting and not going, hopefully that will inspire some change when it comes to what we tolerate in this country, what is accepted and what we turn a blind eye toward. It’s not just the act of not going, there are things you have to do in the back end that you have to push that message into motion.

Trump responded early Saturday morning with a tweet that criticized Curry’s stance. This came just hours after Trump made controversial comments calling for NFL owners to “fire” players who protest during the national anthem and mocking the league’s player-safety rules.

It is not the first time James has been outspoken about his opposition to Trump’s policies and behavior. After Trump refused to single out white supremacists after the events in Charlottesville, James said the president made hate fashionable again.

Curry is not alone in his opposition to a visit to the White House. Fellow Warriors Kevin Durant and David West have been on record saying they do not want to go, and Durant reiterated that stance on Friday.

It is still unclear whether Trump meant to dis-invite only Curry or if the entire Warriors team is no longer welcome. In June, Warriors coach Steve Kerr said the team would consider making the visit “out of respect for the office,” and there have been reports that the team will decide whether to go this fall.

Trump’s abrasive nature has made the once non-controversial White House visits a subject of contention. Roughly half of the Patriots’ players decided to skip their celebratory visit, with many citing Trump as the reason why. 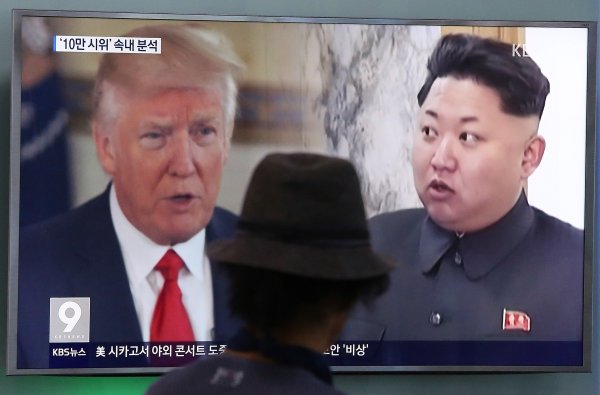 Trump Says Kim Jong Un 'Is Obviously a Madman'
Next Up: Editor's Pick