This Is Us Creator: The First Episode of Season 2 'Holds a Giant Piece of the Puzzle'

This Is Us could have been a gimmick: The very first episode ended with a twist when it revealed that the disparate stories of five different characters are actually one interconnected tale about a family. It could have been a tear-jerker: Fans have weeped at the trailer alone. It could have been the sort of network drama that loses its fans because of all its twists and turns: Many fans are still tuning in for the “big mystery” of how family patriarch Jack (Milo Ventimiglia) died.

But instead it turned out to be a drama with true depth, the story of a family struggling with identity, loss, self-image, career slumps and rebuilding broken connections.

When the second season of NBC’s This Is Us premieres on Sept. 26, creator Dan Fogelman will need to prove that the biggest show on network television has staying power. The actors have helped him on that front: Sterling K. Brown won an Emmy last week for his role as Randall Pearson. This season, Fogelman says the Pearson children (Brown, Chrissy Metz and Justin Hartley) and their mother (Mandy Moore) will find themselves on wildly different journey than what the audience might expect.

Fogelman spoke to TIME about why he doesn’t understand the controversy over Chrissy Metz’s character, how his own mother’s passing inspired the series’ bittersweet tone and what we’ll learn about Jack’s death in season two.

TIME: What was it like to watch Sterling K. Brown win the best actor Emmy?

Dan Fogelman: It’s easy to be happy for Sterling. He’s so incredibly gracious. He worked a full day after the Emmys and brought the Emmy to set. He made a beautiful speech to the crew about sharing the award with everybody, and everyone went home with a selfie with Sterling holding the Emmy.

This Is Us was originally conceived as a film involving octuplets. How did you cull those characters down to just three for the series?

I realized I had to pull back on some. There was a woman who had developed an English accent — like some Americans do when they move to England — to throw you off the scent that she was a sibling. There was an actor who was in the midst of a divorce, which was something that is obviously very much the opposite of the couples in our show. Those were two main ones that were getting the most screen time in the film.

I just culled it down to what it felt like were the most essential characters: the big three and the parents.

The show is very hopeful. Even when bad things happen, they seem to happen for a reason. Is that your life philosophy?

It’s my philosophy and the philosophy of the people who seem to be working on and enjoying the show. Personally, I have what I hope is a realistic view of the world, but it’s also a positive view of the world. I’m aware of what’s going on in this country — how divided and divisive and scary everything is right now . But I like to think the best of people. And I like to think out of loss or tragedy or dark moments can come goodness or improvement or growth.

I think it’s that’s the philosophy of a great many people, including the actors and the writers and the directors of this show. But it’s not like we set out to do a show about that. It’s more like it’s kind of something that’s intrinsic to all of us, and I think it’s coming through on the show.

Have you always been such an optimist?

I lost my mom very suddenly and very tragically, and we were very, very close. It’s something that intrinsically is in my bones right now, which is taking a hardship or taking something that is difficult and finding light on the other side of it. I’m finishing a film right now that explores similar territory [to This Is Us]. I’m not setting out to necessarily do that, but I guess it’s something that’s been in my mind in the past decade.

How do you balance tear-jerking twists with that uplifting message?

Our second season revolves around this death that everyone’s been talking about for the last year. So there’s a natural kind of darkness and sadness that informs the second season of our show, both in that storyline and other storylines. It’s going to be very sad and brutal at times in many different ways.

But we’re taking great pains right now to make sure that when the show gets very sad — and it does get very sad — whether it’s in that episode or four episodes down the line, that the gentle journey of this season will ultimately always be uplifting. That’s what we’re keeping our eye on this season.

Does that mean that we’re going to find out how said death happened at some point this season?

Yeah, I think it’s fair to say that kind of mystery or conversation about that will have evolved into new stuff by the end of the season. The first episode holds a giant piece of the puzzle that I think will feed the beast of the appetite of people wanting to know what happens without giving every single answer.

And the season in general will be a journey to understand all that and what happened in that year.

How has people’s response to the series changed how you write, if at all?

I try not to read too much because I don’t want to change what we’re doing. But we all do. We see it and we hear it. I think if anything both the popularity of the show and how important is has become to a lot of people in terms of seeing themselves reflected in it — whether they be things like trans-racial adoption or anxiety and nervous breakdowns — it makes us continue to want to treat things responsibly. We want to get it right.

We don’t want the show to become an “issue of the week” show but because it’s real life, we do explore a lot of different things. I’ve been touched in my family by body image issues. We bring in a lot of speakers. We do a lot of research. We feel like we have this microphone right now, and we want to make sure that we use it responsibly.

I’ve read all the criticism. To me, it is so bizarre that that even got any kind of traction, this idea that Kate’s story is only about her weight. In the course of a first season of this show, this woman was figuring out her career, dealing with processing the loss of a parent, in a love triangle with two different men, embarking on a romance, deciding at the end of the first season that she wants to embark on a singing career.

The one that started her story was the journey about her wanting to attack her weight, which is a big storyline for that character. As someone who lived with a family of people and has a writer’s room that’s full of people who have battled weight and body image issues, it is a driving force for a lot of people. But to say that her storyline is only about weight is like saying that Randall’s story is only about his identity or Kevin’s story is only about his acting career. They are starting points for where we started the series.

I think it’s one of those things that is very easy for people who haven’t really been touched by body image issues to say, “I wish you had a story about weight different than what you do.” They don’t quite get it is my personal opinion. I wrote it so what the hell do I know?

What kind of stories can people look forward to this season, beside the “big mystery”?

It’s hard not to spoil anything because I think our storylines are a little surprising. Everything starts in the first episode, picking back up where we left off this season, which is Kate is embarking on a singing career. Kevin is at this crossroads with his potential movie career. Sophie and Randall are contemplating adoption. And Rebecca and Jack are at this crossroads in their marriage.

That is definitely the storyline we follow through in the first episode. But all three of their storylines for the big three go in very surprising directions. It’s hard to talk about them without giving stuff away. But I think at the midpoint of our season, they’ll be in a place where you wouldn’t have expected them to be after watching the first episode. 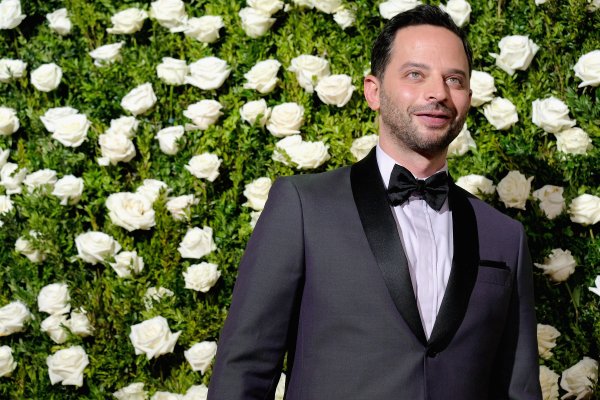 How Nick Kroll Turned His Most Embarrassing Puberty Stories into a New Animated Series
Next Up: Editor's Pick