What Is the Difference Between a Hydrogen Bomb and an Atomic Bomb?

North Korea warned this week that it might test a hydrogen bomb in the Pacific Ocean, after saying the country had already successfully detonated one.

A hydrogen bomb has never been used in battle by any country, but experts say it has the power to wipe out entire cities and kill significantly more people than the already powerful atomic bomb, which the U.S. dropped in Japan during World War II, killing tens of thousands of people.

As global tensions continue to rise over North Korea’s nuclear weapons program, here’s what to know about atomic and hydrogen bombs:

Why is a hydrogen bomb stronger than an atomic bomb?

More than 200,000 people died in Japan after the U.S. dropped the world’s first atomic bomb on Hiroshima and then another one three days later in Nagasaki during World War II in 1945, according to the Associated Press. The bombings in the two cities were so devastating, they forced Japan to surrender.

But a hydrogen bomb has the potential to be 1,000 times more powerful than an atomic bomb, according to several nuclear experts. The U.S. witnessed the magnitude of a hydrogen bomb when it tested one within the country in 1954, the New York Times reported.

Hydrogen bombs cause a bigger explosion, which means the shock waves, blast, heat and radiation all have larger reach than an atomic bomb, according to Edward Morse, a professor of nuclear engineering at University of California, Berkeley.

Although no other country has used such a weapon of mass destruction since World War II, experts say it would be even more catastrophic if a hydrogen bomb were to be dropped instead of an atomic one.

“With the [atomic] bomb we dropped in Nagasaki, it killed everybody within a mile radius,” Morse told TIME on Friday, adding that a hydrogen bomb’s reach would be closer to 5 or 10 miles. “In other words, you kill more people,” he said.

Hall, director of the University of Tennessee’s Institute for Nuclear Security, called the hydrogen bomb a “city killer” that would probably annihilate between 100 and 1,000 times more people than an atomic bomb.

“It will basically wipe out any of modern cities,” Hall said. “A regular atomic bomb would still be devastating, but it would not do nearly as much damage as an H-bomb.”

What’s the difference between hydrogen bombs and atomic bombs?

Simply speaking, experts say a hydrogen bomb is the more advanced version of an atomic bomb. “You have to master the A-bomb first,” Hall said.

An atomic bomb uses either uranium or plutonium and relies on fission, a nuclear reaction in which a nucleus or an atom breaks apart into two pieces. To make a hydrogen bomb, one would still need uranium or plutonium as well as two other isotopes of hydrogen, called deuterium and tritium. The hydrogen bomb relies on fusion, the process of taking two separate atoms and putting them together to form a third atom.

“The way the hydrogen bomb works — it’s really a combination of fission and fusion together,” said Eric Norman, who also teaches nuclear engineering at UC Berkeley.

In both cases, a significant amount of energy is released, which drives the explosion, experts say. However, more energy is released during the fusion process, which causes a bigger blast. “The extra yield is going to give you more bang,” Morse said.

Hydrogen bombs are also harder to produce but lighter in weight, meaning they could travel farther on top of a missile, according to experts.

What are the similarities between hydrogen bombs and atomic bombs?

Both bombs are extremely lethal and have the power to kill people within seconds, as well as hours later due to radiation. Blasts from both bombs would also instantly burn wood structures to the ground, topple big buildings and render roads unusable.

LIFE magazine described such devastation in an article published on March 11, 1946, on the aftermath of the atomic bombs dropped on Japan. The piece read: “In the following waves [after the initial blast] people’s bodies were terribly squeezed, then their internal organs ruptured. Then the blast blew the broken bodies at 500 to 1,000 miles per hour through the flaming, rubble-filled air. Practically everybody within a radius of 6,500 feet was killed or seriously injured and all buildings crushed or disemboweled.” 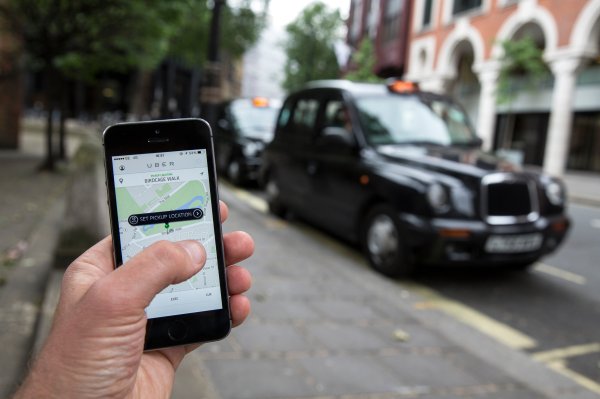 Worried About Getting Around London if Uber's Gone? Here Are 3 Alternatives
Next Up: Editor's Pick