Experts on independent investigations, including some who have worked with them in the past, say that the former FBI director is moving on an aggressive timeline as he looks into Russian attempts to influence the 2016 election. They say that could help keep it from getting bogged down or off track, like some past investigations.

“We don’t want it to be spread out,” says Solomon Wisenberg, who was second-in-command in the Whitewater/Lewinsky investigation into President Bill Clinton. “It’s not good for the country if it’s spread out for four or five years. I think to me that’s a good sign, it’s a sign that [Mueller is] being sensitive to that problem.”

That independent counsel investigation of Clinton, for example, lasted for four years, and impeachment proceedings extended beyond that. It initially began as a look into Clinton’s financial dealings with the Whitewater property company, but ended up exposing sordid details of an affair between the president and a White House intern.

Mueller’s apparent speed in tackling a massive investigation is likely related both to his own personality and the grave importance of what he’s trying to figure out, which includes whether members of Trump’s campaign colluded with Russia.

“His reputation is as someone who doesn’t mess around,” says Katy Harriger, a professor at Wake Forest College and author of a book on federal special prosecutors. “But I think if you look at the overarching questions of this investigation, they’re pretty serious in terms of the alleged wrongdoing, and I think someone of Mueller’s stature and commitment to public service that he’s demonstrated would want to know the truth about this fairly quickly.”

Another, more concrete reason Mueller may be working quickly: the simultaneous investigations in Congress. As Mueller’s team proceeds with their work nested within (but slightly separate from) the Justice Department, committees in both the House and the Senate are also looking into the Russian matter. As Congress interviews some of the same witnesses that the special counsel’s office needs to speak with, it could impede Mueller’s ability to get to the truth.

“The more people testify, the more evidence gets trampled on,” explains Harriger. “Stories get rehearsed, people lawyer up, all those kinds of things. The more investigations are going on, the more possibility there is that testimony gets tainted in some way by the cross investigation.”

There’s also the possibility that Congress offers immunity to someone, regardless of that person’s importance in the special counsel investigation. During the Iran-contra scandal under President Ronald Reagan, for example, Congress granted immunity to three key witnesses in exchange for their testimony. But as the New York Times reported in 1988, “that immunity now jeopardize[d] criminal prosecutions of the three,” and the new situation “inflict[ed] a near-crippling burden” on the independent counsel to try the witnesses.

“Immunity from the House or the Senate will affect the possibility of Mueller indicting,” says Ronald Rotunda, a professor at Chapman University School of Law who worked on both the Senate Watergate Committee during President Richard Nixon’s term and was special counsel to the Whitewater investigation. “On the other hand, I think that it’s important for us to know what’s going on, and while the House and the Senate shouldn’t pass out immunity orders like breath mints, if it’s useful to give immunity, then that’s something that they ought to do.”

Which provides all the more reason for Mueller to work quickly outside the congressional probes, in case Congress is inclined to offer immunity to anyone he is pursuing. (It has been reported, for example, that former National Security Adviser Michael Flynn, a likely target of Mueller’s probe, requested immunity from the Senate Intelligence Committee. The request was denied.)

The question now is just how fast Mueller is really going, and when the public will get answers.

“It appears that Bob Mueller is entirely serious about this inquiry, that he has assembled a very capable and experienced staff, and that they are proceeding apace,” says Richard Ben-Veniste, one of the lead prosecutors on the Watergate Special Prosecution Force. “They demanded documents from the White House, they’ve issued subpoenas to various individuals, they’ve taken testimony under oath, and I would expect that we will be hearing more in the reasonably short term.” 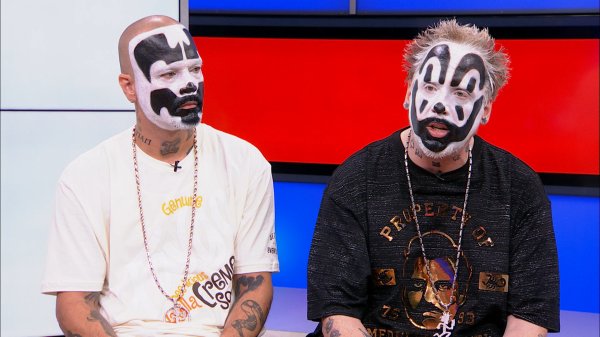 Watch: Insane Clown Posse Talks to TIME About Its FBI Lawsuit
Next Up: Editor's Pick