The Intel logo is displayed outside of the Intel headquarters on January 16, 2014 in Santa Clara, California.
Justin Sullivan—Getty Images
By Tim Bajarin

When you think of the pioneering companies that helped shape Silicon Valley and the tech industry, household names like HP, Intel and Apple spring to mind. Delve into Silicon Valley’s history and you’ll find its roots go much deeper. Less remembered companies like Fairchild, researchers at Stanford University and dozens of other pioneering tech firms helped establish the iconic southern Bay Area as an exemplar of futuristic high-tech.

Of those, one of the most important has been Intel. IBM’s decision to use Intel’s 8088 and 8086 processors to power the original IBM PC (released in August 1981) helped Intel become a significant force that drove PC industry growth for over three decades. While the Apple II is remembered as the first commercially successful consumer computer, Intel and IBM put the PC on the business world’s radar, kicking off a growth cycle that’s still churning today.

Traditional PC sales reached their peak in the mid-2000s, when close to 400 million PCs were sold worldwide. But by 2011, PC shipments had declined from that peak to about 320 million a year. In 2017 forecasts are down further, to somewhere between 270 and 290 million PCs. Though demand for PCs and laptops remains steady, and we’re even seeing an uptick in desktop PC sales, the heyday of selling north of 350 million PCs a year is over.

For major semiconductor companies like Qualcomm and Samsung, creating mobile processors for tablets and smartphones has become paramount. For various reasons (too long and complicated to outline here), Intel missed this opportunity, putting its energies instead into developing more powerful and energy efficient PC processors, which in turn enabled lighter, thinner and more original PC and laptop designs.

Intel’s most powerful processors are also used in close to 80% of all PC servers, and the company’s memory business is still growing. But the smartphone market involves billions of devices, and Intel’s failure to get in at the ground level has alarmed stockholders and industry watchers, who’ve worried increasingly that Intel’s PC-oriented business model is set to decline.

Can Intel reinvent itself? While demand for PCs will never go away and demand for server processors will continue to increase, the future of any successful company involves diversification. To that end, Intel began toward the middle part of the last decade to explore other growth areas, investing billions of dollars in four specifically: 5G, autonomous vehicles, IoT (the so-called Internet of Things) and 3D memory.

I believe the first targeted area is the most profound, since 5G will be a worldwide game-changer when it delivers gigabit wireless speeds likely to impact every corner of the planet. For most of the last century, telecommunications occurred either through telephone lines strung across the U.S. or through underwater cables. By the mid-1970s, dedicated cables laid across various countries enabled today’s cable industry to deliver video and eventually communications, too.

5G cellular represents an order of magnitude shift, because it’s capable of delivering blazing fast speeds across broader wireless coverage areas. Devices capable of 5G speeds would be able to receive data at rates of tens of megabits per second, comparable to current mid-rate wired residential Internet packages. In certain metropolitan areas, those wireless speeds could be as high as hundreds of megabits per second (and further down the line, possibly by the early 2020s, upwards of 10 gigabits per second). That level of over-the-air increase will in turn engender new applications and services that haven’t been possible at today’s markedly slower speeds.

Intel has assembled a powerful team of leaders to drive its 5G strategy. That strategy currently includes leveraging its processing know-how to deliver serious power to everything from 5G’s back-end delivery networks, to endpoint technology that we’ll see deployed in smart cities, smart homes and smart vehicles. This will have a dramatic impact on manufacturing, financial markets, and any industry where data and communications are key business factors.

With such high potential dividends, Intel’s competition is fierce, and firms like Qualcomm and Ericsson are vying to play the same role. But Intel’s 5G team appears to have its eye on the ball, and should be a highly visible player in the technology’s ongoing formulation and rollout.

5G, while vital, is just the start of Intel’s revised growth strategy. The firm recently invested $15.3 billion in MobileEye, a company that makes a key technology for self-driving cars. Intel’s goal is to create much of the computing infrastructure that will be used in autonomous vehicles. While chipmakers like nVidia and Qualcomm will pose stiff competition, this investment (along with Intel’s targeted area focus) should help Intel emerge as a serious provider of what will by any measure be a paradigm shift for the transportation industry.

Intel has also partnered with memory and semiconductor firm Micron to create the next generation of storage dubbed Intel Optane, which combines Micron’s XPoint 3D memory media and Intel’s memory and storage controllers. This memory is 1,000 times faster than current NAND Flash (used in an array of devices, including memory sticks and digital cameras), and will be highly critical for servers, real-time game systems as well as virtual and augmented reality applications.

And Intel clearly views the Internet of Things — by its own definition “a robust network of devices, all embedded with electronics, software, and sensors that enable them to exchange and analyze data” — as another key investment area. To that end, it’s formed a large team devoted to creating the sorts of connections and applications in automotive, retail, industrial and smart video categories that it believes its technology can power.

I’ve been following Intel as a professional industry analyst since 1981, and witnessed the company’s many ups and downs. For most of that time they’ve been focused on PCs, and I’ve judged them accordingly. But Intel is evolving rapidly into a more expansive and versatile technological change agent. This reinvention act, along with its new investments and strong management teams, leads me to believe the company will offset its declines, placing it on track to become a player with far greater reach than it had when its bread and butter was predominantly PCs. 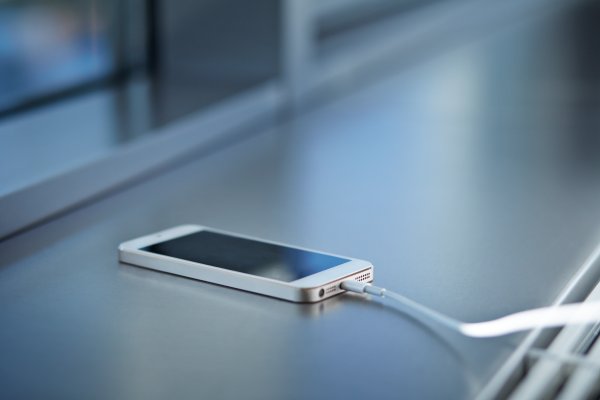 Why You Shouldn't Charge Your Phone Overnight
Next Up: Editor's Pick