Jimmy Kimmel Is an Unlikely Health Care Advocate. That's Why He's So Effective

This week, Jimmy Kimmel has been closer to the heart of American political discourse than any television star, save for the former host of The Apprentice. The ABC host’s ongoing nightly campaign against what would happen if Obamacare is repealed under current Republican plans reflects his deep engagement with the news — all the more jarring because of Kimmel’s amiable, unwonkish persona. That Kimmel is bringing passion and informed urgency to the conversation around the future of health care is laudable. That the conversation is happening at all on late-night network television proves that we’re living in a fairly remarkable moment.

Kimmel’s evolution into health care crusader began this spring, when the host tearfully told the story of his newborn son’s struggle with a congenital heart defect. That moment of frankness coincided with an ongoing discussion among Republicans about ways in which the country’s health care laws might be amended. Senator Bill Cassidy (R-La.) went on Kimmel’s show to propose a “Jimmy Kimmel” test whereby new laws would have to meet certain conditions, including no lifetime caps on coverage. Cassidy’s own bill, the newest in a series of attempts to overturn Obamacare, does not itself meet the “Kimmel test.”

And Kimmel noticed. One of the most interesting things about the host’s three-nights-and-counting campaign is the degree to which it’s a delicately struck balance — balancing empathy with families that, like Kimmel’s, have suffered medical crises with Kimmel’s natural vituperativeness. In the past, I’ve found his political commentary so biting as to seem like a bit less than genuinely felt, as when he lambasted Apprentice producer Mark Burnett while hosting the 2016 Emmys. It seemed like a bit of a put-on, like a bit that was chosen for how easy it was for a generally pretty caustic host to escalate. Here, the bite of Kimmel’s asides, as when he mocks Fox News commentator Brian Kilmeade or Senator John Kennedy (“no relation, as you will clearly see”) are nourished by Kimmel’s indignant emotion. Kimmel’s rigor is admirable as he hits his points again and again, batting away criticisms that he, a Hollywood personality, shouldn’t be allowed to speak on this topic. After all, he’s a citizen first.

That Kimmel is a host who is generally relatively disengaged from politics — that he’s speaking as a citizen rather than an expert, real or self-styled — serves him well in this moment. Since the election, it has seemed as though many people who didn’t obsessively follow the news are increasingly concerned and engaged. Kimmel speaks to this sort of viewer more effectively than a more cerebral host like Samantha Bee or John Oliver might. His affect is not that of someone who swims easily in policy news but someone who, as is so common, feels caught and dragged by the current of history. Justifying talking about politics at all, Kimmel said: “Bill Cassidy named this test after me. Am I supposed to just be quiet about that?”

Kimmel has likely informed millions who would not otherwise have known about the effects of Cassidy’s proposed health care legislation. For those who were already all too aware, Kimmel put forward a plan of attack as well as an ample helping of camaraderie. Is it beyond the aegis of an entertainment-industry figure’s usual duties? Yes, and specifically beyond what Kimmel’s had historically been. That — the heartfelt and genuine nature of the appeal coming from a generally darkly witty comic — is what makes it so riveting night after night. The success of Kimmel’s advocacy isn’t that it’s partisan; it’s that it’s human. 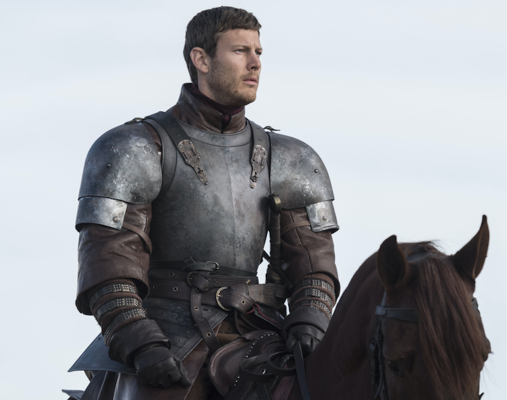