Lady Gaga on Thursday said being famous was “not all it’s cracked up to be,” ahead of the world premiere of her Netflix documentary.

The pop star posted an open letter to her fans on Twitter, saying filming the documentary, Gaga: Five Foot Two, allowed her to see herself in a new light.

“I found myself witnessing myself in a way I am unable to see on my own,” she wrote. “I felt proud, I felt sadness, I felt empowered, I felt vulnerable.”

Netflix said the documentary, which will be released Friday, follows Lady Gaga as she “releases a new album, preps for her Super Bowl halftime show, and confronts physical and emotional struggles.”

The “Million Reasons” singer said the film captured her lowest and highest moments and revealed the reality behind being a celebrity, in her eyes.

“I’m most touched that the veil behind the aura of my fame reveals that fame is not all it’s cracked up to be,” she said. “It is lonely, it is isolating, and it is very psychologically challenging because fame changes the way you’re viewed by people.” 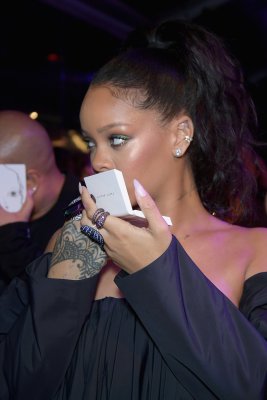 Rihanna Has the Best Reaction to People Who Don't Know Her Full Name
Next Up: Editor's Pick