Arkansas High School Teacher Accused of Having Sex With 4 Students

A former high school art teacher in Arkansas has been accused of having sex with four students.

Jessie Lorene Goline, who taught at Marked Tree High School in northeast Arkansas, was arrested Wednesday and charged with one count of first-degree sexual assault, Arkansas Democrat-Gazette reports. Prosecutors said Goline faces a single charge because only one of the students was younger than 18.

Goline, 25, allegedly had sex with the students between January and April of 2016, authorities told the Democrat-Gazette. During one incident, a student, who was in Goline’s class, said she picked him up and took him to her apartment to have sex, and then dropped him back off at Marked Tree High School that day. Goline is accused of having sex with another student on that same day.

Another student said he was dropped off at Goline’s apartment in Jonesboro, where they had sex. The fourth student said Goline commented on his looks and reportedly sent him a photo of herself in a thong.

Authorities began investigating Goline in April after a parent accused the teacher of having sex with multiple students. 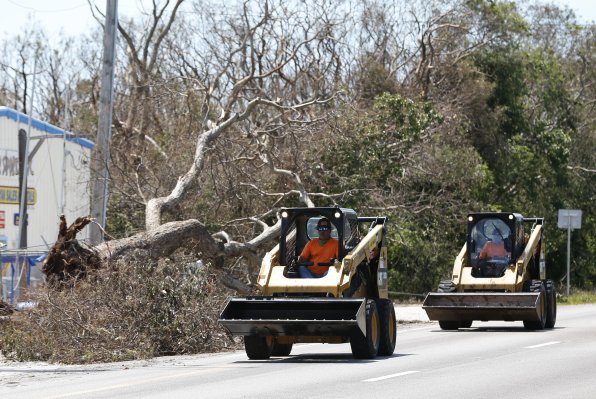 Florida Public Employees Lost Their Jobs Because They Didn't Come to Work During Hurricane Irma
Next Up: Editor's Pick