Drinking One Less Soda a Week May Help You Lose Weight

If you’re looking for a starting point for meaningful weight loss, you might try skipping sugary soda. People who cut out about one can of sugary soda per week also gained about a pound less over the course of a new study, compared to those who didn’t change their soda habits at all. The study was published in the American Journal of Public Health.

Sugary beverages have long been linked to a larger waistline. The new study, from the Harvard T.H. Chan School of Public Health and Mexico’s National Institute of Public Health, looked at how drinking soft drinks were linked to weight change over two years. More than 11,000 women living in Mexico answered questions about their intake of soda—both regular (sugar-sweetened) and diet (artificially-sweetened)—in 2006 and again in 2008. They also reported their weight and waist circumferences.

After adjusting for lifestyle and other dietary factors, the researchers found that women who cut their sugary soda intake by about one can a week gained almost a pound less (0.88 lb) than those who didn’t drink less. On the other hand, those who added about a can of soda to per week to their diet gained 0.66 lb more than those who didn’t alter their soda habits.

Making it a daily ritual was linked to even more weight gain. Drinking an extra can of soda per day was associated with more than two pounds gained over the study period, and larger waists, compared to those who didn’t drink more or less soda over time.

Although these may seem like small numbers, gradual weight gain can have significant health impacts, the authors write, and finding ways to slow or reverse it is important. Their study only looked at two years, and “it is likely that changes in weight and waist circumference would be larger if the changes in sugar-sweetened soda consumption are sustained over time,” they write in the paper.

Cutting back on soda could be especially beneficial for people who are already struggling with their weight. The strongest links between weight changes and soda-drinking changes were seen in women who were overweight or obese at the start of the study.

MORE: Almost 30% of People In the World Are Obese or Overweight

Drinking more or less diet soda over the course of the study was not associated with weight changes over time. But overall, the authors are reluctant to recommend diet drinks, writing that “although there is evidence to support that sugar-free soda consumption might result in weight loss by limiting energy intake, some studies have suggested that intake of noncaloric sweetener could result in metabolic abnormalities and weight gain.”

The study could only show associations between soda consumption and weight gain, not cause-and-effect. It’s also difficult to know all of the other behaviors that may go along with cutting back on soda, or switching to diet beverages, in an attempt to curb weight gain.

Because the study only included Hispanic women living in Mexico, its findings may not apply to other populations. But the authors point out that their results are largely consistent with another large-scale study—which included mostly white American women—that linked sugar-sweetened beverage consumption to weight gain over 20 years. 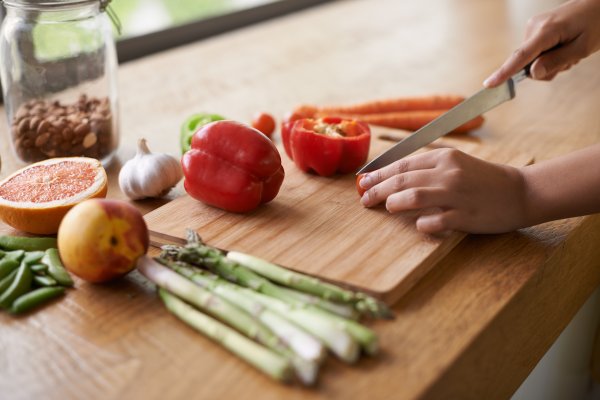 12 Meal Prep Ideas For Eating All Week
Next Up: Editor's Pick