Malala Yousafzai and Priyanka Chopra Shared an Adorable Moment Together

Dignitaries and celebrities of all kinds are in New York this week for the U.N.’s General Assembly summit, so perhaps it shouldn’t come as too much of a surprise that Nobel Peace Laureate Malala Yousafzai and UNICEF Goodwill Ambassador and actress Priyanka Chopra happened upon each other during the high-powered talks.

After meeting, 20-year-old Yousafzai — who just started her first year of college at Oxford in the U.K. — shared a snap of the famous duo together. “Can’t believe I met @priyankachopra!” she wrote, clearly a fan of her counterpart’s work.

Turns out, the feeling was mutual. “You’re just a young girl with so much heart… and such achievements,” Chopra tweeted in response. 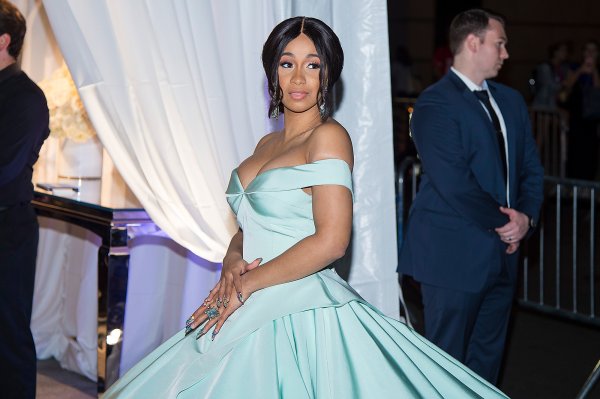 Cardi B Compares Taylor Swift's New Single to Hurricane Irma: It 'Came Out of Nowhere'
Next Up: Editor's Pick