Google announced on Thursday that it would pay $1.1 billion to acquire certain employees from the Taiwanese smartphone maker HTC. The maneuver is a big play by Google to make its Pixel smartphone a more formidable opponent to Apple’s iPhone.

Although Google controls the software that’s distributed on more than 2 billion Android phones worldwide, it doesn’t have much influence on how the actual devices are made. If you take a look at the world’s smartphone landscape, the market is clearly divided between Apple and Samsung. Apple’s iPhones account for 12% of global smartphone shipments, while Samsung’s devices comprise 23%, according to International Data Corporation. Google’s own phones account for such a small slice of the market that they’re not even specifically mentioned in the IDC’s survey, and are simply lumped into the “Others” category.

Having a larger say in the hardware production would give Google tighter control over the entire smartphone experience. Look at Apple as an example: It designs both the hardware and software for all of its products, including the iPhone. Because of this, it can create new software that takes advantage of the device’s hardware, such as the iPhone’s Portrait Mode camera feature. This shooting mode takes advantage of the double camera system available on the iPhone 7 Plus and new iPhone 8 Plus, making it possible to capture photos with more depth. It would be difficult for Google to do this today since there are so many types of Android devices different manufacturers that all of them have different specifications. Google hardware chief Rick Osterloh even said when announcing the Pixel last year that building its own hardware allows the company to “take full advantage of capabilities like the Google Assistant,” the firm’s voice-activated digital helper.

If Google wants to be seen as an innovator in the smartphone space just as Apple and Samsung are, it must get more serious about hardware. Google knows this, which is why last year it launched “Made by Google,” a product line that Google created in-house including the Pixel and Google Home smart speaker. This signaled a big change in Google’s product strategy, as it previously outsourced most of the design and production work to partners like LG and HTC for its long-running but now shelved Nexus device family. Integrating portions of HTC’s team, especially those who helped build the Pixel, could help Google streamline its homegrown production efforts.

Previously, Google has tried to boost its presence in the mobile market beyond purely supplying software to smartphone makers. The search giant acquired Motorola’s mobile unit in 2011 for $12.5 billion, but more recently sold it off to Lenovo. HTC, meanwhile, has faced financial hardships in recent years that drove it to cut 15 percent of its staff in 2015.

The announcement also comes as Google is preparing to release a new Pixel smartphone next month on the heels of Apple’s iPhone X announcement last week. For Google, the event will be just as much about proving it can keep up with Apple and Samsung as it will be about the device itself. Now Google is betting that HTC — the struggling smartphone maker that created the first Android phone in 2008 — can make the smartphone war more than just a two-horse race. 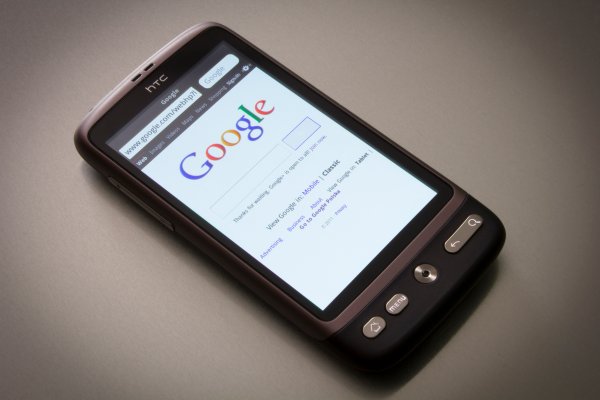 Google Gets Rid of Infected Android Apps After Millions Download Malware
Next Up: Editor's Pick