Lawrence O'Donnell discusses "In & Of Itself" with the build series at Build Studio on June 28, 2017.
Roy Rochlin - Getty Images
By Rachel Lewis

MSNBC anchor Lawrence O’Donnell has apologized after leaked footage showed him swearing and shouting at the show’s technicians while taping the August 29 episode of The Last Word.

He took to Twitter on Wednesday to say that a better man and better anchorman would have dealt with technical challenges better.

In the video, O’Donnell points to his earpiece, saying: “Why don’t I have sound? Alright it’s back. Someone’s pressing buttons and turning my sound off. Who’s asking for a Labor Day run down in my ear? Someone in that control room is out of control.”

He then gets angered at the sound of hammering coming from elsewhere in the building. “Stop the hammering out there. Who’s got a hammer? Where is it? Where’s the hammer?” he asks, demanding that the technicians go to other floors to find the source of the hammering and call MSNBC President Phil Griffin.

He then smashes his pen over the table and launches into a rant: “Jesus f–king Christ, crazy f–king sound coming in my ear. This f–king stupid hammering. It just f–king sucks, it f–king sucks to be out here with this out of control shit.” 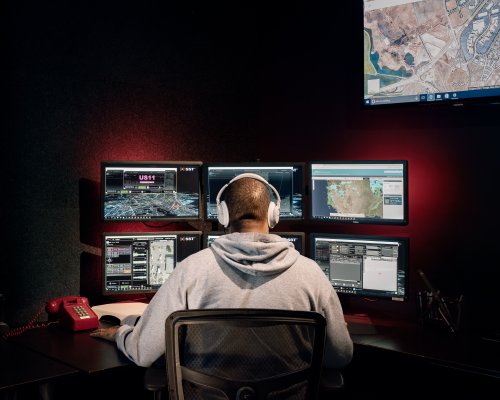 Shots Fired
Next Up: Editor's Pick