One way to make the world’s most populous capital seem more in tune with nature? Buildings inspired by forests, lakes and stones.

That’s the idea behind Chaoyang Park Plaza, opening soon in Beijing; the local population is expected to exceed 130 million over the next century, thanks to a government plan to combine the surrounding areas into a “super city.”

To relieve some of that urban density, the architecture firm behind Chaoyang, MAD, drew inspiration from traditional shan-shui (mountain-water) paintings to create a series of LEED-certified residential complexes, office blocks and public spaces. The skyscrapers seen above are meant to evoke mountains, replete with shining peaks and ridges from erosion.

MAD founder Ma Yansong is just getting started: he recently proposed a similar shan-shui plan for the city of Guiyang, in China’s southwestern Guizhou province. 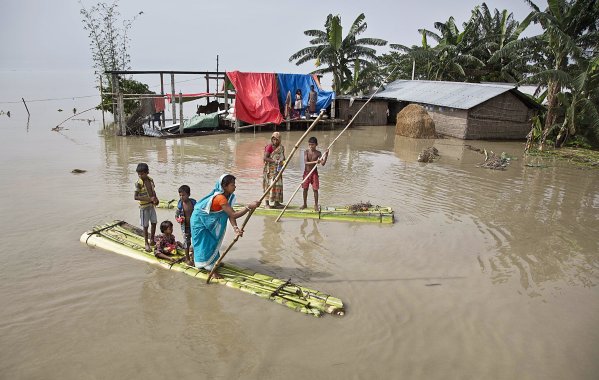 How China Could Turn Water Into a Weapon
Next Up: Editor's Pick