This is Edward Felsenthal’s first editor’s letter. It appears in the October 02, 2017 issue of TIME.

Hanging above my desk is a letter from the editors of TIME to my grandfather. An immigrant who fled Nazi Germany in the 1930s, he, like so many others of his era, was introduced to America through the pages of this magazine. Now and then, he returned the favor by introducing TIME’s editors to some of his own ideas–in this case with a dispatch (in rhyme!) pointing out that they had erred in using the word who instead of whom on a recent cover.

TIME acknowledged in response that, grammatically speaking, it was “skating on very thin ice” but noted, citing H.L. Mencken, Noah Webster and Do’s, Don’ts and Maybes of English Usage, that traditions change.

Change happens to be a tradition at TIME. This publication has gone from black-and-white to color; from a lightly sketched cover to its famous red border; from print to radio to film (winning an Oscar along the way) to the web. It moved from New York City to Cleveland and back. It supported, through the thinnest of veils, Dwight Eisenhower for President and then 20 years later, in its first editorial, urged Richard Nixon to resign.

Over the past four years, led by my friend and predecessor Nancy Gibbs, TIME has changed more than at any other time in its history. Like so much of the world we cover, our business is in rapid transformation–and we are transforming with it. TIME’s news operation now stretches not only around the world but around the clock, as journalists from Hong Kong to Washington to London deliver every hour what we had for the previous nine decades delivered mostly once a week. Ten million people watched our live coverage on election night, thanks to a video team that has earned Emmy nominations two years in a row. What began as a print magazine mailed to 9,000 subscribers in 1923 reaches an audience of 100 million across all our platforms today.

And yet there are essential constants, beginning with the passion and commitment of our journalists. They fly airplanes through eclipses, drive trucks into hurricanes, don hazmat suits to track deadly viruses and board boats in dangerous waters to tell the stories of refugees. Equally enduring is our commitment to fairness and accuracy. There are, as there should be, many policies and agendas; exploring them is our mission. But there is only one set of facts.

One of TIME’s traditions is an editor’s letter, in which new occupants of this job–there have been 18 all together–introduce themselves and their priorities to readers. I am a student of history, a believer that “the past is still real and present,” as Peter Taylor put it in his Pulitzer-winning novel A Summons to Memphis, set in my hometown. After earning degrees in law and in diplomacy, I ultimately decided there was no better place to work–no environment that values debate and ideas more fully–than a newsroom.

Halfway through my 15 years at the Wall Street Journal, I left its Washington bureau to launch a series of sections and sites. I have always loved being part of the search for new ways to tell stories and reach readers. This is what drew me to TIME, an institution that began with a small entrepreneurial team of journalists who “fitted easily into three taxis,” according to a company history, and has informed, challenged and–so important in this world–amused readers ever since.

If you haven’t yet, I urge you to explore some of the multimedia journalism my colleagues have been doing at time.com/firsts, time.com/findinghome and time.com/eclipse. You can expect more of this kind of work from us in the coming months and years, even as our weekly magazine continues to prove more relevant than ever with stories like this week’s cover on Democratic disarray by Philip Elliott and Elizabeth Dias’ look at Nobel laureate Aung San Suu Kyi’s inaction amid allegations of ethnic cleansing in Myanmar.

All of us at TIME take seriously our roles as storytellers and our obligation to ensure that this institution thrives into its second century. We also take seriously our commitment to you. I hope that, like my grandfather and so many readers like him through the decades, you’ll continue to let us know how we’re doing. 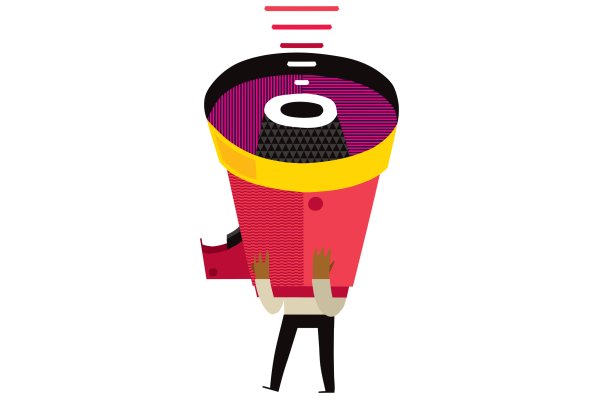 What I Learned About Leadership from Leading Leaders
Next Up: Editor's Pick