“Your father’s gone. You can pick up where he left off,” Vikander’s character is told early in the trailer. “I see so much of him in you.”

Croft’s mission is revealed as the the fast-paced trailer unfolds. “Close the tomb once and for all. The fate of humanity is in your hands,” she is told.

Lara Croft has previously been portrayed by Angelina Jolie twice in movies based on Tomb Raider video games — first in Lara Croft: Tomb Raider in 2001, and then in its 2003 sequel, Lara Croft Tomb Raider: The Cradle of Life.

Daniel Wu and Dominic West will star alongside Vikander in the new movie, which will hit the screens on March 16, 2018. 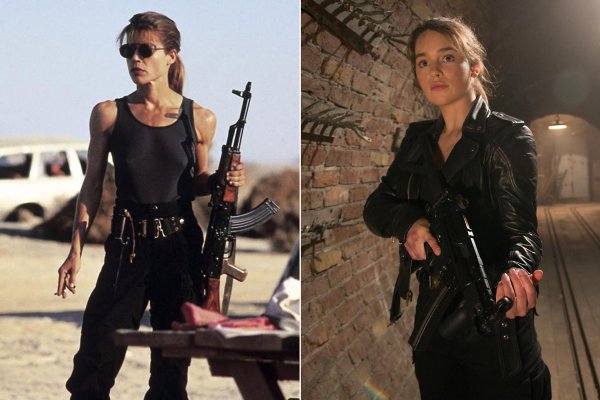 The New 'Terminator' Sequel Will Welcome Back Linda Hamilton
Next Up: Editor's Pick